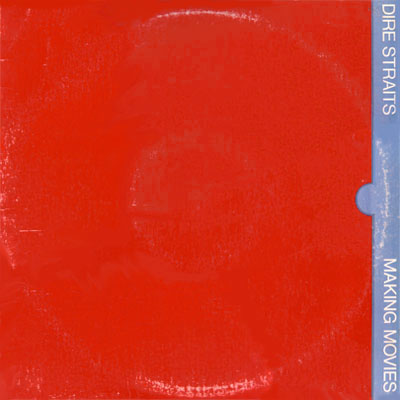 This is their Born To Run record, a third-time charmer.

Kronomyth 3.0: The soundtrack to your life.

These are the songs you’d sell your soul to write. Maybe Mark Knopfler has more talent in his little pinky finger than most of us could wring out of our whole bodies, or maybe he’d found a way to distill Bruce Springsteen’s iconic essence and separate it from the icon. The similarities between the two are striking this time, a comparison invited by the participation of the E Street Band’s Roy Bittan. Both sprang from the garden of Dylan, so perhaps it was only a matter of time. But Mark Knopfler is a better guitarist than both, and more of a romantic to boot.

The opening “Tunnel of Love” is largely a rewrite of “Sultans of Swing,” replacing the smoky nightclub setting with a carnival, reeking with the romantic idealism of a doomed Jimmy Dean character (another Springsteen trait). It’s a brilliant song, one of the Straits’ finest moments, yet most would concede the lion’s share of their loyalty to the next track, “Romeo And Juliet.” Here is a lump-in-the-throat love song complete with reso-phonic guitar that plays like a staging of West Side Story. If you were making a list of the greatest love songs, you’d do well to start here. “Skateaway” shifts direction to character painting of a woman in her own world, living on her own terms. It has a much sexier gait than the preceding tracks, and finishes off a trio of tracks that would rank with the most polished sides of plastic from the ‘80s.

Little ground is yielded on side two, from the energized “Expresso Love” to the substantive “Solid Rock.” On most albums, these would have been hit singles, but here they’re just part of the foundation. Making Movies closes with “Les Boys,” a dark little joke that drips with condescension. It’s an unusual ending, but after the emotional drain and painstaking detail of the previous songs, it’s good to let a little steam off. Making Movies is my favorite Dire Straits record, and I doubt I’m alone in that opinion. Brothers In Arms, as good as it was, got sidetracked by trying to make an important social statement. Making Movies is instead a direct and personal statement, as close a connection as Knopfler has made with his audience, a point that the live Alchemy confirmed.

All songs written by Mark Knopfler.

Design and artwork by Neil Terk. Photography by Brian Griffin.