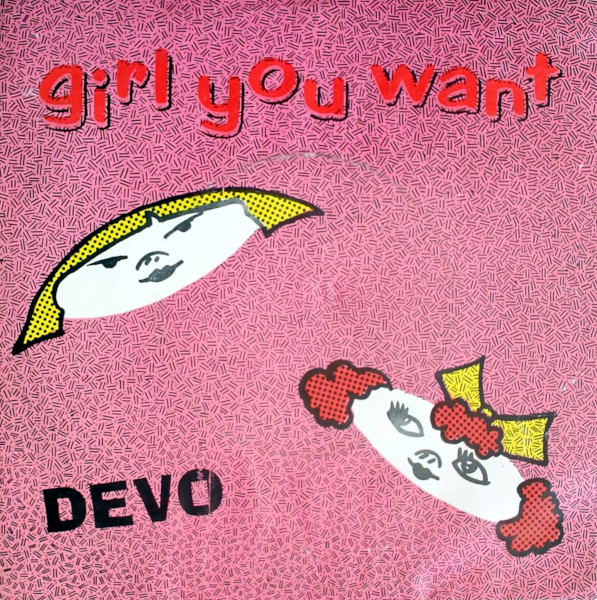 Warner Bros. chose this song first from Freedom, and I’d say they got it right.

Warner Bros. whipped this one out first to herald Freedom of Choice, and all was rightly wrong with the world again. A rhythm is superseded by a counter rhythm, our emotions are revealed to be a mixture of animal and automaton, and the result is stiffly satisfying in the old familiar ways. Devo’s was always an interesting concept of freedom; by revealing us to be slaves to chemical and biological urges we couldn’t control, we were liberated from resisting them.

A music video was produced featuring the band in front of an all-girl audience, with mind-controlled dancers in the background. Robert Palmer and Soundgarden have both recorded versions of “Girl U Want,” while Nirvana tackled “Turn Around,” a nonalbum track that was pressed into service as the UK backside for “Girl U Want” and as the B side for the US release of “Whip It.”