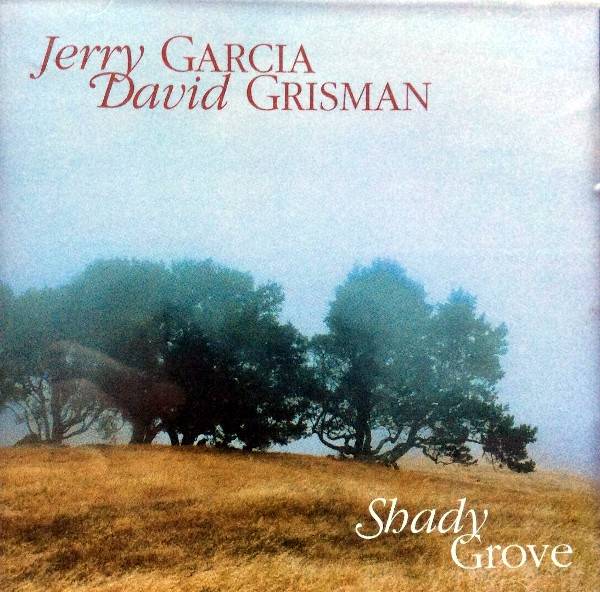 A collection of folk songs recorded by Garcia and Grisman in the early 1990s and released after Garcia’s death.

Kronomyth 12.0: Loving you was rather like lying down: nothing but sky*

Jerry Garcia’s love of American folk music is well documented—maybe too well documented, I sometimes muse. I’ve enjoyed the earlier David Grisman collaborations and some of the later ones too (e.g., Been All Around This World), but I feel like I’ve burned out on the whole folk home recording thing. Or maybe it’s Garcia who’s burned out, as he sounds particularly haggard this time around.

The material from Shady Grove was recorded over multiple sessions in the early Nineties. I went back to contemporaneous recordings like Not Only for Kids and, honestly, they sounded like more fun. It could be the material or the scaled-down approach (many of the songs are just Garcia and Grisman together, with only Garcia singing), but the whole album feels underdone. I know, it’s folk music, yet I still wish they’d opted for better engineering. (Strangely, there’s a Mobile Fidelity pressing of this on vinyl, which presumably sounds better.)

A few of these songs will be familiar to Deadheads: Casey Jones, Jackaroo, Dreadful Wind and Rain. None of them get a definitive reading here, although “Dreadful Wind and Rain” is a highlight, featuring an autoharp that immediately connected the dots for me between this song and Aoxomoxoa’s “Mountains on the Moon.” The tracks that work best here benefit from compelling storytelling: Fair Ellender, Handsome Cabin Boy. At the moment, Louis Collins is the song that keeps rattling in my head.

Of course, I write this years after the death of Jerry Garcia. When Shady Grove was released, the musical world was still in mourning, and I don’t believe anyone had enough ill will toward the man to throw shade on an album that is clearly a labor of love if not particular care. In fact, when all is said and done, Garcia and Grateful Dead may be better remembered as stewards of the American folk tradition than as a psychedelic rock band. Of minor interest, the song Hesitation Blues appears as a “hidden” track at the end of the compact disc (it’s properly credited on MoFi’s double-elpee version).