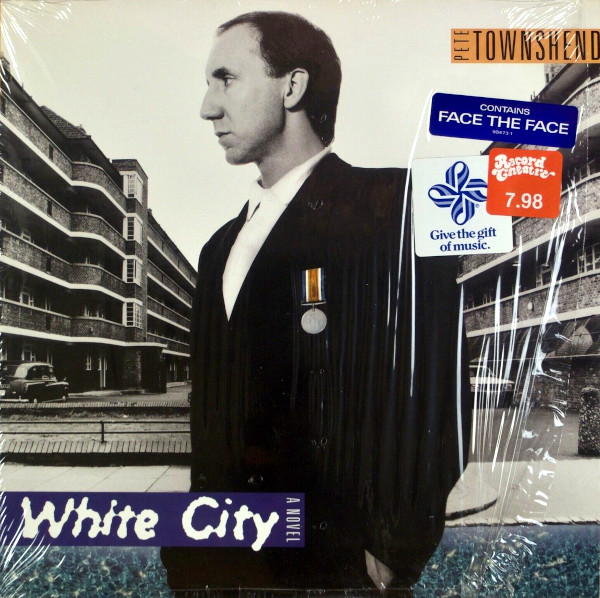 You can wait to see the movie, but the album is one of Pete’s best.

White City had the misfortune of being allied with the inscrutable short film of the same name, though outside of that context it’s a stirring album of top-notch material. Forgetting the movie for a moment (handily done), these songs represent the most polished rock tunes to come from Pete Townshend’s pen in some time. “Give Blood,” “Brilliant Blues,” “Hiding Out,” “Secondhand Love” and “White City Fighting” belong with his best: rousing, resilient rock songs that treat self-assessment as a contact sport.

In fact, you could make the case that White City is his best solo album, song-for-song perhaps his strongest collection since Who Are You. The tracks are well laid out, alternating between impassioned rockers and more melodic pieces, enabling songs drawn from the same well to develop different tastes. It’s a less wordy affair than All the Best Cowboys, returning to the guitar-driven energy of Empty Glass, which should delight fans of that album.

What it all means, though, is anybody’s guess. The references to soul-searching at a critical point in life seem obvious, peace is made with the world, and the narrator returns re-charged to his home (finding his purpose in the process). At least, that was my take on White City until I saw the film, which just kind of follows some guy around in his home town, devoid of much action or interest. Townshend’s desire to again fuse music and theatre into an epic whole has been his unreachable itch in the ‘80s and ‘90s. The efforts, long in the making and generally uneven, have marginalized his impact in popular music. Yet, as an album of music, White City is a towering success.