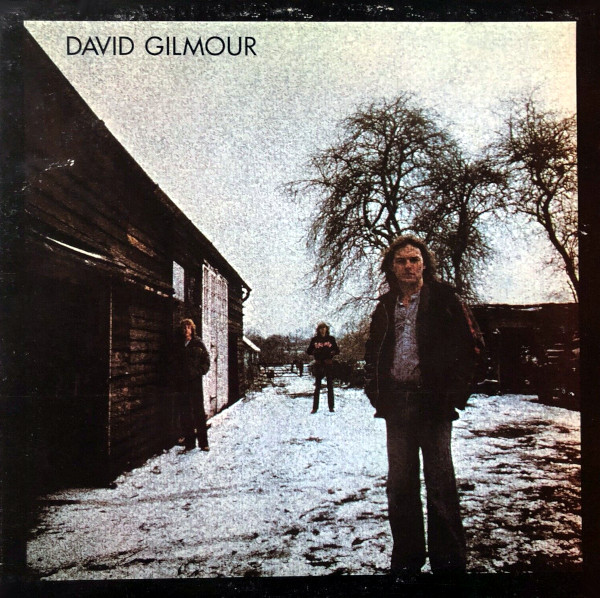 Pink Floyd lite, sort of, recorded with his pre-Pink mates from Joker’s Wild.

Kronomyth 1.0: An ace in the hole with Jokers Wild.

After a series of increasingly Orwellian albums, Pink Floyd guitarist David Gilmour took the unusual step of releasing his first solo album. Until now, there had been no indication that Gilmour was anything more than a minor musical architect in a band with a big one (Roger Waters), content to ride on Floyd’s pink coattails. So here was this eponymous album to contend with all of a sudden, the bastard offspring of a dalliance no one had expected from its (seemingly) most loyal member.

Generally speaking, guitarists turn out to be middling singers with a penchant for instrumentals and some facility for more concise songwriting. In such a general speech you’d find Steve Howe’s Beginnings and David Gilmour’s first album. The motive for making these albums seems to be opportunity, since the artists seldom stray too far from home, testing the leash but not the loyalty of their owners. As latter-day Pink Floyd fans can tell you, Gilmour has a good voice and does a passable Roger Waters impression. As a guitarist he has few peers, but as a songwriter he’s no Roger Waters.

The best track on here is an old Unicorn song (Gilmour’s band before Pink Floyd), There’s No Way Out of Here, itself a minor sort of “Wish You Were Here” moment. Beyond that, you could point to the instrumental Raise My Rent, which might have been welcomed to the machine under different circumstances. But Gilmour’s first album isn’t a chip off the black, inscrutable slab of Animals or even a scrapbook of good ideas that missed the final cut on earlier Floyd albums. In the context of Pink Floyd, David Gilmour’s guitar was the icing on Waters’ bitter cake, an analogy I’m sure others have made before me. On his first solo album, the message is “I sing too,” which is no more or less interesting than most sequels. Floyd fans will probably test it sooner or later, given the dearth of “classic” Floyd material, but you’re wading in shallow waters.

All songs written by David Gilmour unless noted.