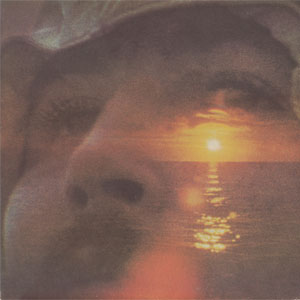 Following CSN&Y’s breakup, David Crosby released an album of airy, evocative songs and instrumentals that typify the time’s affection for spiritual, organic music. With support from the members of Grateful Dead and Jefferson Airplane (as well as former bandmates Graham Nash and Neil Young), Crosby is free to pursue the occasionally transcendent vocal harmonies of CSN&Y in earnest. As a result, If I Could Only Remember My Name feels most closely aligned with that band’s work, and is perhaps a better bet to please CS&N’s fans than anything from Nash or Stephen Stills. “Tamalpais High (At About 3),” “Laughing” and “Song With No Words (Tree With No Leaves)” are like lost CS&N songs. Similar to that band’s “Guinnevere,” the songs expand on a single riff that grounds the soaring, spirit-like vocals, creating a mesmerizing effect. There are grittier moments on here that recall the work of Neil Young, such as “Cowboy Movie” and “What Are Their Names,” but these social commentaries aren’t the real attraction. While it charted well, the album failed to produce a single that fans could rally around like Stills’ “Love The One You’re With” — the opening “Music Is Love” (cowritten by Nash and Young) is a CSN&Y outtake at best that recalls John Lennon’s “Give Peace A Chance,” while the fragmentary “Orleans” is pretty but too short (under two minutes) to make a viable single. If I Could Only Remember My Name remains a lovely and idiosyncratic album, handily the best of Crosby’s solo records. CS&N fans interested in the band’s extracurricular affairs would do well to start here.