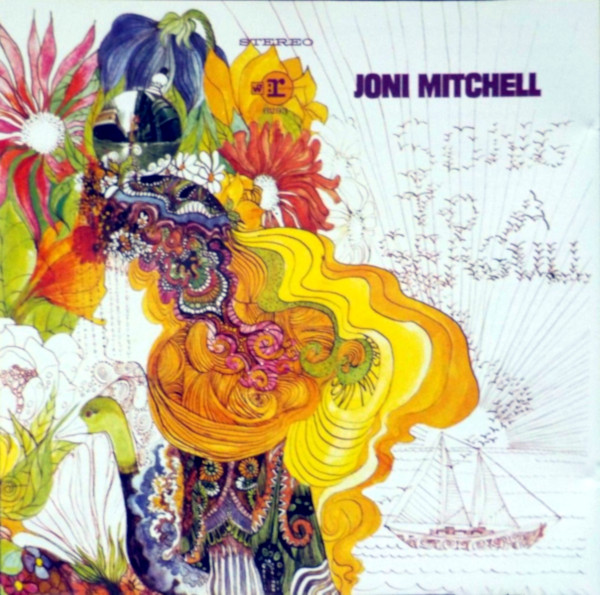 This introduction to the artistry of Joni Mitchell doesn’t contain any big hits, but it’s a big step all the same.

Joni Mitchell’s first album, originally intended to be called Song To A Seagull (and sometimes still called that), might just be the most perfect introduction of a solo artist in the history of pop music. Produced (and partially inspired) by David Crosby, the record is unfiltered, undiluted genius from beginning to end. The unusual guitar tunings, fluttering vocals and evocative poems fill the senses with the rich smells and sights of a freshly painted masterpiece. Joni would refine the approach over time, courting rock and jazz along the way, but she never made a more powerful album.

The record is split between two halves that appear to be auto-biographical, reporting her experiences in New York City (side one) and California (side two). The references to sailing, for example, would seem to reflect her brief courtship with Crosby. Both Crosby and Mitchell shared an affinity for airy, elusive and complex melodies, but it’s unlikely that he added much to the final shape and sound of Joni’s first album. Beyond a bit of tampering with acoustics, Crosby seems to have wisely gotten out of the way between the artist and her audience.

The lightness of the music is misleading, of course; Mitchell can knock you over with a feather, and does frequently on this album. There are a few songs that involve multi-tracking or minimal accompaniment (“The Pirate of Penance,” “Night In The City”), but most are just Joni singing and playing guitar, which, it turns out, is enough to fill an entire world of music. You won’t find a famous song on here, such as a “Both Sides Now” or “Big Yellow Taxi.” You won’t find a better Joni Mitchell album either, although you’ll encounter some as good (Blue, Court And Spark). Honestly, if Joni never released another album, she would still be regarded as a musical goddess. The albums that followed never struck me in quite the same way, because, I suppose, you never forget the first time you fall in love with Joni Mitchell.

Released on mono and stereo elpee in March 1968 in the US and Canada (Reprise, R/RS 6293) {two-tone steamboat label} with gatefold cover.