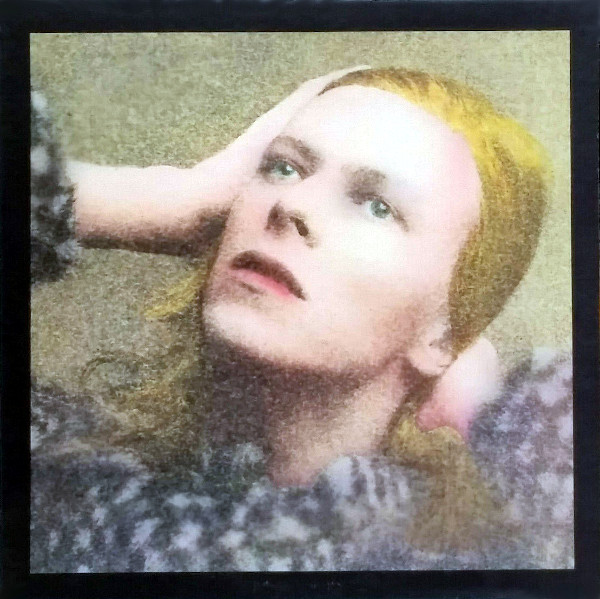 Hunky Dory is a radical departure from his last record, a shock that listeners would learn to brace themselves for in the new decade. Abandoning the excessive heaviness of his last effort, this album features music hall arrangements led not by Mick Ronson’s guitar but Rick Wakeman’s piano. In some ways, these songs are an extension of his earliest work, though the skill that David Bowie brings to bear on the material is the difference between night and day. Opening with “Changes” might have been fortuitous placement, but it serves as a statement of direction for the artist.

Bowie had created the super superstar: an artist whose imagination and restlessness not only kept apace with the quick-gratification quorum of celebrities du jour but in time set the pace. Simply look to the range of styles evident on Hunky Dory and you’ll see elements of all his earlier (and some future) work swirled together. The Reedian rock of “Queen Bitch” looks forward to Ziggy, “Kooks” could have come from his pre-Space Oddity days, “Song For Bob Dylan” recalls the homage of “Unwashed And Somewhat Slightly Dazed,” “Quicksand” might have turned up on The Man Who Sold The World. Designed like a sprawling musical revue, Hunky Dory succeeds at every step without stating a preference, an artist in perpetual transition.

As a young teenager, Hunky Dory was a holy relic I carried with me on various road trips (having taped it from my elpee, which was and still is perfectly legal, although I chafe at the concept of “legal” and “illegal” in lieu of “right” and “wrong”). I still remember listening to this at Ocean City, NJ, letting my young mind be transported by “Oh! You Pretty Things” and “Life On Mars?,” two of the greatest science-fiction pop songs I’ve ever heard. Although I still enjoy Hunky Dory on many levels today, the suggestion by some that this is better than the post-Ziggy albums seems misguided. It’s simply too eclectic a collection to create the self-sustaining universe of an Aladdin Sane. The Rykodisc CD includes four bonus tracks, including the nonalbum “Bombers” and an alternate mix of “Bewlay Brothers” that keeps the album’s original odd ending intact.

All songs written by David Bowie unless noted.