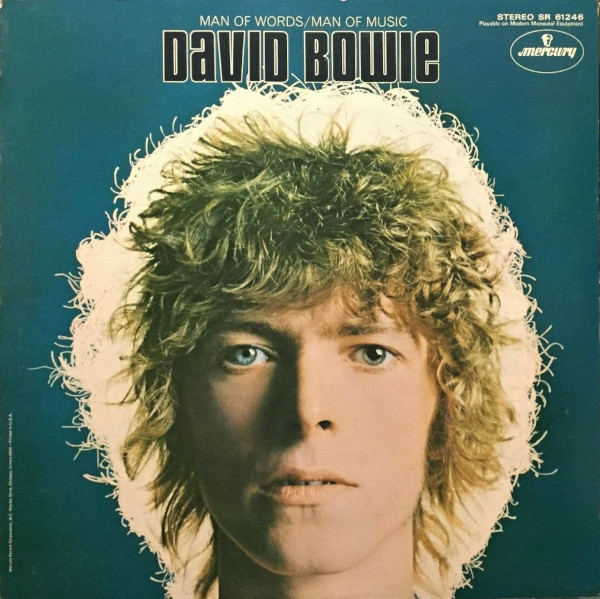 Marc Bolan and the electric Bob Dylan become the reference points for this Bowie brand reboot.

Kronomyth 2.0: The sun machine is coming down and we’re gonna have a party.

This is a reboot of the brand, featuring David Bowie, a 12-string guitar, a Bob Dylan fixation and some very big ideas. The album leads off with Space Oddity, a song that Bowie had shaped through several versions before getting it perfectly right. This song is the first true vision of the Bowie to come: the alien observer singing the science-fiction songs of tomorrow. Nothing else on the album is so smartly executed, though what remains is still light years ahead of laughing gnomes and London boys.

A good third of the record can be chalked up to Bowie emulating the electrified Dylan: Janine, Unwashed and Somewhat Slightly Dazed, God Knows I’m Good. It’s a chameleonic pose that Bowie would soon enough drop, interesting for its storytelling and occasionally graphic imagery. And then there are the science-fiction epics that point to his next album, The Man Who Sold the World. “Space Oddity” is the best of these, though Cygnet Committee (a song colored by The Beatles’ “Lucy in the Sky with Diamonds”) has aged well over the years too. The Wild-Eyed Boy from Freecloud is more fantasy than science fiction, with what must surely be some of the most ornate orchestration of his short career to date. The closing Memory of a Free Festival recalls a close encounter with aliens, featuring an unaccompanied Bowie on a Rosedale organ (a bold move, that) for the first half, and a tripped-out chorus in the second half punctuated by the singalong verse, “The sun machine is coming down and we’re gonna have a party,” a device he would later re-use on “The Width of a Circle.”

Surprisingly, the album (originally untitled in the UK and bearing the arnold-corny title of Man of Words/Man of Music in the US) didn’t make much noise despite the success of “Space Oddity” as a single. Following the Ziggy Stardust hoopla, the record was reissued under the title Space Oddity (jettisoning the throwaway bit Don’t Sit Down in the process) and took its rightful place in the Top 20.

It would be an interesting exercise, I suppose, to map out David Bowie’s artistic development with that of Marc Bolan, from the corkscrew hairstyle to the Bob-Dylan-on-acid imagery. They shared the same producer (Tony Visconti) and likely sought the same audience. “Unwashed and Somewhat Slightly Dazed,” for example, has some of Bolan’s boogaloo chugging in it, and there’s even a moment on the song when Bowie makes a trilling Bolan noise. I’m not suggesting that Bowie was emulating Bolan, since you don’t really want to emulate someone who’s not selling any more records than you are, but Visconti did seem to be pushing them along the same story arc.

As part of its reissue series, Rykodisc released an expanded version of this album that included the electric, single versions of “Memory of a Free Festival” and Conversation Piece, which originally appeared as the B side to “Prettiest Star.” Both songs are great additions, so I’d seek out that version if you can find it.

* This was included but uncredited on the original release, deleted on the 1972 reissue and re-instated in the Rykodisc reissue.

Design concept by David Bowie. Back cover by George Underwood.