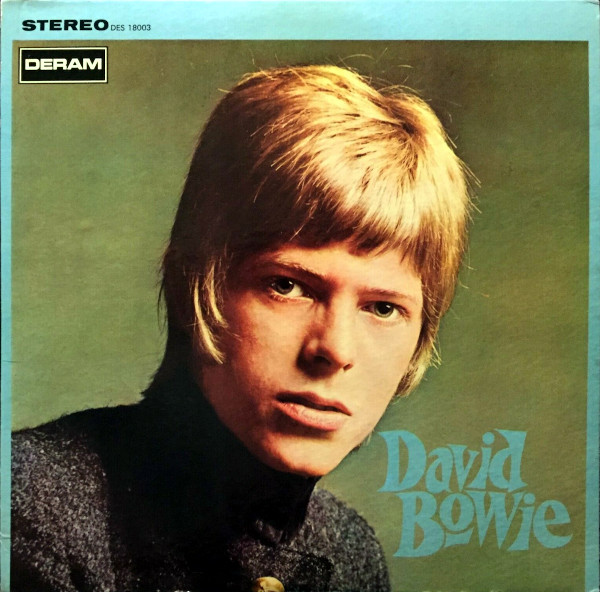 Having struck out as an R&B wannabe, Bowie strikes a new pose as a theatrical actor/singer/songwriter in the style of Anthony Newley.

Kronomyth 1.0: He who plays the piper calls the tune.

You’ve probably never heard of Anthony Newley, but David Bowie certainly had. Newley was a musical renaissance man: singer, songwriter, actor, playwright, he had appeared in the films from childhood and, more recently, the Broadway and London productions of Stop the World, I Want to Get Off and The Roar of the Greasepaint, the Smell of the Crowd. For a young man who aspired to be both an actor and a singer, you couldn’t do much better for a role model.

David Bowie’s first full-length record is patterned after the theatrical songs of Newley. In one sense, it was the first glimpse into Bowie’s chameleonic ways, as he completely casts off the R&B influences of his earlier work with The Manish Boys and The King Bees in favor of the singer/actor. Writing stories about underdogs and outsiders, the material reveals an artist with a keen eye for observation. Unfortunately, Bowie altered his voice for many of the performances, emulating the Cockney accent frequently used by Newley, which sounds unnaturally affected today, but you have to remember that Bowie was in character.

The album opens with Uncle Arthur, the story of a middle-aged man stuck in a sort of perpetual childhood. The musical arrangements are rudimentary and prominently feature the French horn (a constant companion throughout the album), yet they give the songs an added dimension and are impressive for a pair of young men (Bowie and Dek Fearnley) with no formal musical training. Sell Me A Coat is one of the album’s less theatrical numbers and also one of it’s best-developed ideas in terms of a straight pop song. Rubber Band returns to sympathetic storytelling; this time the character is a jilted war veteran. Love You Till Tuesday, which later became the title of a 1969 film featuring Bowie, has a bouncy beat but reveals why Bowie needed to change his name from David Jones, since it plays up his puckish charm a bit too much. There Is A Happy Land introduces a recurring theme of Bowie as a sort of champion for children/pied piper; the ending is one of the album’s more bizarre moments. The dystopian We Are Hungry Men, one of two tracks left off the US release, is more play-acting that introduces the figure of the tyrant/messiah, a role Bowie would revisit on “Saviour Machine.” The side closes in a softer mood with the sweet, sentimental When I Live My Dream, which sounds like it might have stepped out of a Rankin/Bass stop-motion movie.

Little Bombadier (yes, I know) introduces another pathetic character, like Uncle Arthur, who finds love in a pair of children only to be driven away by society’s disapproving eye. The child-adult relationship is a special one for Bowie, although the story is unfinished as the bombardier is exiled from happiness. Producer Mike Vernon evokes The Beach Boys’ grand, open sound for Silly Boy Blue, while Bowie seems to have “Bolero” in mind for the melody. Come And Buy My Toys is the album’s most obvious reference to Bowie as a kind of Pied Piper, and provides some poetic rustic imagery to boot. Join The Gang is cynical look at the scene that again ends with someone eating celery (cf. “We Are Hungry Men”). She’s Got Medals is Bowie’s first openly transgender song, a fun tune that lies closer to The Kinks that most of these tracks. The fact that this and the Nazi-themed “We Are Hungry Men” were left off the US release was likely not coincidental. Maid of Bond Street is just ridiculously catchy and stands as the album’s most impressive example of songwriting; it would have maid for a great single. The album closes with the dark theatrics of Please Mr. Gravedigger, a bleak bookend to the innocent story of “Little Bombadier” that brings the Pied Piper image full circle.

There’s no denying that David Bowie is an impressive outing for a 19-year-old aspiring actor/singer/songwriter. Yet it remains a rather innocent chapter in a grown-up book, much as From Genesis To Revelation compares to the later works of Genesis. The songs from Bowie’s “cabaret” period (for lack of a better word) have turned up in endless compilations, many with a misleading image of modern-day Bowie on the cover, so the likelihood that Bowie fans have encountered these songs in one for or another is more than a little. It’s a charming album, not quite juvenilia but markedly more innocent than the adult science-fiction of Man of Words, Man of Music and The Man Who Sold The World.

* Mistakenly credited as “Silly Boy Blues” on the US release.