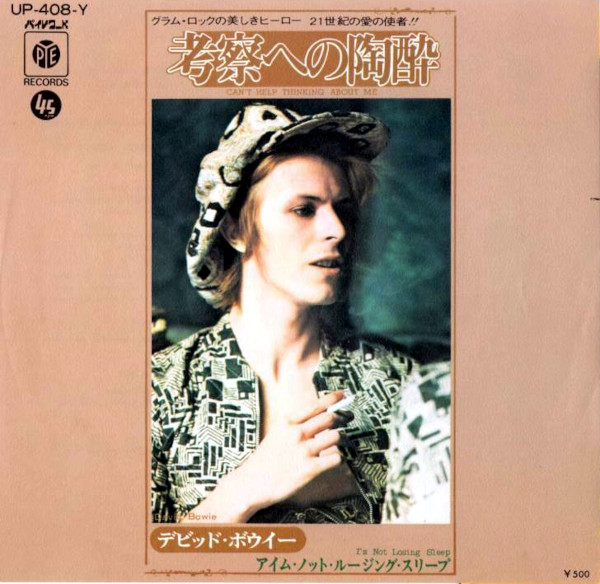 A new name (Bowie) and a new direction (English mod), one of which stuck around longer than the other.

While Davy Jones’ first single with The Lower Third didn’t bring stardom, the moment was not insignificant, as it marked the first appearance of David Bowie. From this point forward, there would be a clearer distinction between David Jones the person and David Bowie the artist. That it occurs on one of his more introspective singles—one on which he worries about the burned bridges behind him and the uncertain future ahead—is the sort of supernatural fortune that seemed to follow him throughout his career.

For many of us on the autism spectrum (a label, like all labels, that I dislike), Bowie’s fluid identity was an allegory for our own struggles in navigating the strange world around us. We were rejected and so we resisted, re-adapted, disconnected, self-medicated, et cetera. Bowie didn’t judge and didn’t offer any answers, only empathy. If we could be anybody (and it was clear that we had to pick somebody other than ourselves), why not the protean Bowie?

As with nearly all the early Jones/Bowie songs, any signs of future greatness are pure fantasy. His voice, though stronger, still feels strangled and his songwriting is too smart/sensitive for the pop market he was after. Both songs are closer to The Kinks than The Rolling Stones, with minor-key melodies that put an interesting twist on a familiar form. Bowie was clearly a talented songwriter, but his voice was still an acquired taste that tended too much toward the dramatic.

The alliance with The Lower Third proved short-lived, and within a few weeks Bowie was in search of a new band, a new stage. By Spring, Bowie had another band and another single. If “Can’t Help Thinking About Me” didn’t change the world (and it didn’t), maybe it was the world that was out of fashion, as Bowie himself demonstrated when he revisited the song at the end of the decade in his live set. We should all age so well.