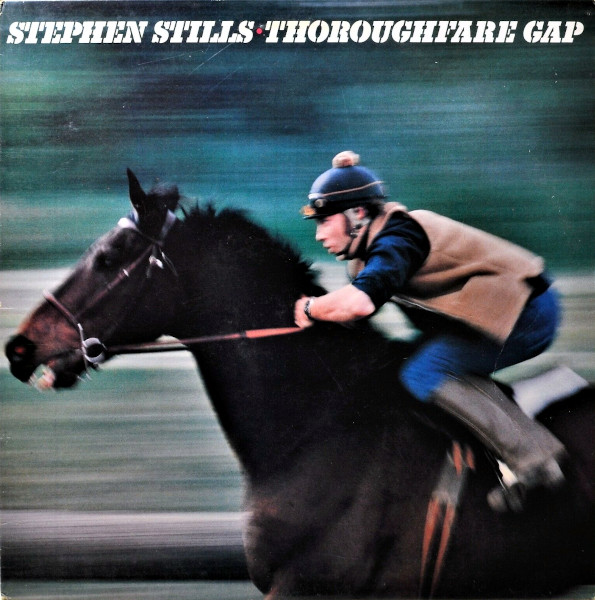 This is as close as Stephen Stills has come to making a disco album, which is probably enough to seal its fate as an also-ran in his catalog. Yet behind the string arrangements, punchy rhythms and backing vocals (which feature the up-and-coming Andy Gibb) is the usual strong songwriting from Stephen. In fact, I might give Thoroughfare Gap the nod over his other Columbia records, which is as good as a wink to a blind horse.

“Can’t Get No Booty” is the funniest song Stills has ever recorded (okay, so it’s a short list) and should have been a hit, especially given the success Joe Walsh was having with “Life’s Been Good.” On most of the record, Stills strikes a good balance between high-gloss production and guitar-driven rock (e.g., “What’s The Game,” “Lowdown”). He mixes it up with the usual polyglot pop (“Woman Lleva,” “Beaucoup Yumbo”), adds a nice acoustic number (“Thoroughfare Gap”) and even includes a couple (admittedly inferior) covers, “Midnight Rider” and “Not Fade Away.”

Honestly, I didn’t expect much after the last few Stills albums, and the picture of him in a jockey’s uniform (a look that no one, not even Prince, could pull off) didn’t bode well. I was pleasantly surprised, then, to find that the music on Thoroughfare Gap wasn’t a case of Stills trying to work outside of his idiom, but rather to adapt his idiom to contemporary influences. Unfortunately, Columbia didn’t pick up his contract and Stills went silent during his pending divorce, resurfacing several years latter under the protective glyph of CSN.

All songs written by Stephen Stills unless noted.