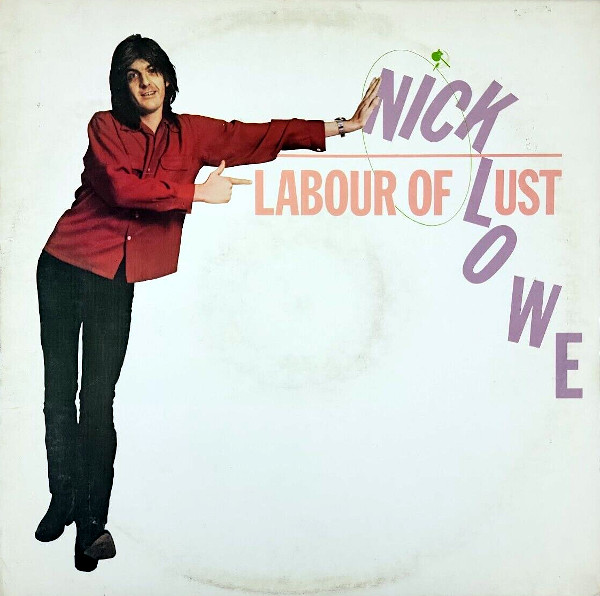 You’ll fall in love with Lowe all over again on his second album.

For a brief time there, it seemed the future of pop music would rest on the shoulders of Nick Lowe. Not only was he producing some of England’s brightest stars (Elvis Costello, Graham Parker, The Damned) but he was also carving out his own career with two excellent albums: Jesus of Cool and, now, Labour of Lust. Infusing rock with elements of new wave and country music, Labour of Lust could pass for the second coming of Rubber Soul.

The album’s most famous song is Cruel to Be Kind, which may be the best thing he’s ever done. Right behind it are top-tier pop tunes (American Squirm, Dose of You, Skin Deep), credible country music (Without Love) and a love song for the ages (You Make Me). As with his first album, there isn’t a bad idea in the bunch.

On later albums, Nick Lowe didn’t seem to run out of ideas so much as run into other peoples’ ideas. The first two records, however, are highly original. You’ll hear nods to the work of David Bowie (Big Kick, Plain Scrap borrows bits of David Bowie’s “Breaking Glass”), Elvis Costello (“American Squirm” even features the Attractions) and, of course, Rockpile (Love So Fine, Born Fighter), but Lowe isn’t copying them so much as commenting on them.

I would tell you that any new wave collection is incomplete without Lowe’s first two records. If the quality and variety of the material don’t win you over, Lowe’s sense of humor and humility will. Of minor interest, there were again variations between the UK and US releases, with the former featuring “Endless Grey Ribbon” in place of “American Squirm.” The two versions were reconciled on the expanded reissues.