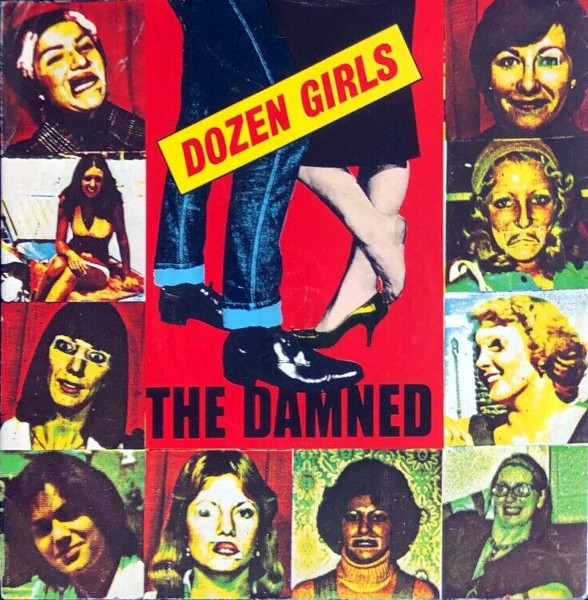 The first fruits from Strawberries proved that you could still count on the band for damned good music.

The Damned and The Stranglers followed similar career arcs: punks turned pop stars. The Stranglers had already softened some by the time Strawberries was released, but The Damned had yet to go gentle into that goodnight. The advance single from the album, “Dozen Girls,” bristled with all the energy of early Stranglers. In fact, The Stranglers probably could have done it a damned sight better.

Listeners who picked up Strawberries may have been surprised to find that “Dozen Girls” now had a different ending; instead of the roll call of girls’ names at the end, the song faded out with the silly line “He’s alright and he don’t care, he’s got thermal underwear” and an extended keyboard coda. The UK single also included a few odds and ends that didn’t end up on the proper album, including “Take That,” ninety seconds of silly muzak (“Mine’s a Large One, Landlord”) and a short song from the vegetarian Captain Sensible on animal cruelty, “Torture Me.” All three tracks were later appended to the Deluxe Edition of Strawberries.

One thing I noticed listening to “Dozen Girls” and “Take That” is how much The Damned sound like The Who. Not two bands you’d normally associate together, but it does underscore just how influential The Who were on the punk movement.