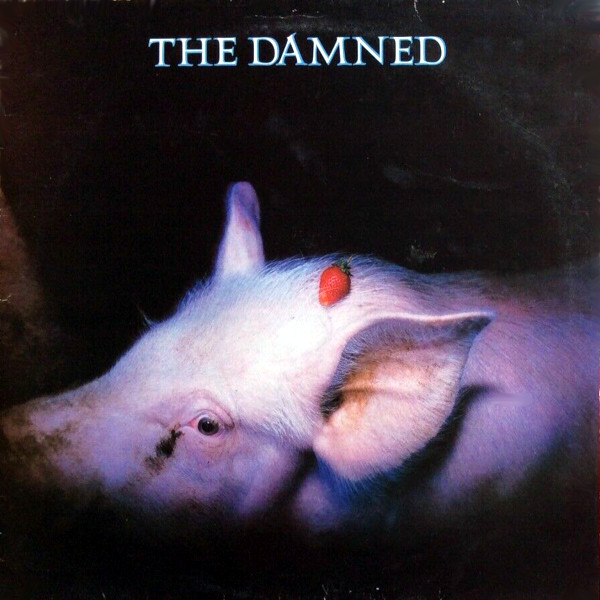 Their most sophisticated studio album yet, this brought the band new fans even as it cost them a few old fans.

The original punks were embracing higher production values—The Stranglers, The Clash, Siouxsie and the Banshees—so if you smell a sellout, feel free to blow them a raspberry from your basement flat. But, dammit, Strawberries is a really good record. So was Combat Rock, Meninblack, Juju. Maybe these punks were onto something after all.

The opening track, “Ignite,” starts things off with a bang and, for five minutes, it seems entirely possible that The Damned might be making another punk album. “Generals” quickly nixes the notion; with its political lyrics and heavy-handed production, it’s exactly the sort of thing you’d expect from the latest Stranglers record. “Stranger on the Town” is pop-punk with the emphasis on pop, yet even the punks will have to admit that The Damned have a winner on their hands with this one. “Dozen Girls,” touted as the advance single, shifts the balance back toward punk in a fun song that fades with the lines “He’s alright and he don’t care/He’s got thermal underwear.” Side one closes with “The Dog,” chilled to gothic perfection and featuring the impressive keyboard contributions of new member Roman Jugg; it’s an unsettling ending to an impressive run.

Side two starts with the excellent “Gun Fury,” which again expertly straddles the worlds of punk and gothic rock. “Pleasure and the Pain” stands at the other extreme: keyboard-centered pop with more than a little Madness in it. Captain Sensible’s then-girlfriend, Rachael Bor, gets a cello cameo on the song, which you can file in your when-pigs-fly folder. Sensible then takes the mic for “Life Goes On,” a surprisingly sweet song that stands as one my favorites from The Damned. It’s in moments like this that Strawberries will either win you over or shut you out.

The anti-Reagan “Bad Time For Bonzo” might have been merely a bit of political posing but for one of the most contagious choruses you’ll ever hear on any record. I’m not saying the song atones for eight years of Reagan and Republican cronyism, but it helps some. The band delves into gothic psychedelia for “Under The Floor Again,” which features an actual sitar. (I know, a sitar and a cello on a Damned record?! Kudos to Bronze for coughing up some dough to produce this record.) If the sitar wasn’t enough to freak you out, the song ends with an actual rock guitar solo from Sensible. “Don’t Bother Me,” a track teased throughout the record, ends Strawberries on a sublimely silly note as Captain Sensible takes a swipe at everyone, from fans to his fellow musicians and, of course, music critics.

Although Vanian and Sensible tell slightly different stories about its origin, Strawberries owes its name to the idea that fans and/or critics (depending on the storyteller) had no appreciation for the group’s more sophisticated sound, leading to the observation that their new music was like giving strawberries to a pig. I’ll admit, I would have been quite happy if the band had just kept making their first album over and over, but then I would have missed out on “Dozen Girls,” “Life Goes On,” “Bad Time For Bonzo” and an album that’s easy to adore for very different reasons than Machine Gun Etiquette. The thick keyboard sounds of the 80s and an invasion of less talented goths may taint the album slightly by association; still, there’s no doubting that The Damned are a damned sight better than most bands. Strawberries is a remarkably fruitful enterprise from a band that, just a few years ago, seemed intent on playing only three chords at one speed (fast).

All songs written by Dave Vanian/Captain Sensible/Rat Scabies/Paul Gray unless noted. (European releases incorrectly list Paul Gray as the author of A2/B2 and leave his name off the other songs.)