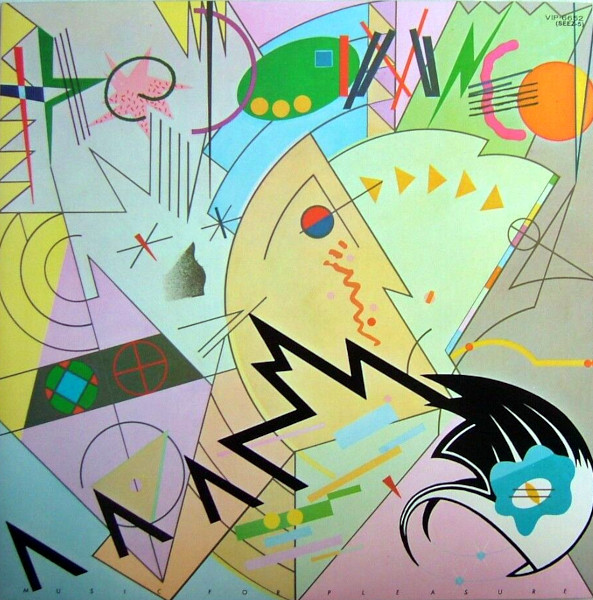 The Damned get a second guitarist and the whole band writes material on their surprisingly solid second album.

Kronomyth 2.0: The last ride of the James gang.

The Sex Pistols never released a second album. The Damned did, roughly six months after the first, adding a second guitarist (Lu Edmonds) to create a thicker wall of sound. Critics panned the effort as second rate. It’s true that the material on Music For Pleasure isn’t as startling or fresh as their first, but the same could be said about the sophomore efforts from Elvis Costello (This Year’s Model) and The Clash (Give ‘Em Enough Rope)—two albums that garnered rave reviews. I guess there’s no accounting for taste, or maybe critics never did have the taste for punk.

I would tell you that Music For Pleasure is a roadrunner of a record. It’s a different record than their debut by design and, I suppose, by necessity. The band’s first record was like The Stooges on steroids and the material had been honed and vetted by live performances. The music on Music For Pleasure was written in short order, the riffs are powerful but predictable, and the addition of Edmonds gives the music an added dimension that covers up some of the creative holes. Pink Floyd’s Nick Mason proves a poor choice for producer, inexplicably burying the singular drumming of Rat Scabies, who at the time may have been punk’s greatest drummer.

What The Damned’s second album has is attitude and energy, which turn out to be more essential to punk rock than catchy riffs. The stop-and-start motion of “Problem Child” initially seems a critical misstep, but on every subsequent listen its devil-may-care attitude grows on you and you realize that not even rush-releasing a second record is going to hold down The Damned. Brian James seems more interested in expanding the band’s horizons, from the interesting dual-guitar attack to featuring a saxophone on the album’s final track, “You Know.” The second record also features more songwriting contributions from the band, including an attack on Television (the band), “Idiot Box,” written by Captain Sensible and Scabies. Although Music For Pleasure doesn’t lend itself to highlights, there isn’t a bad song on here. It does feel rushed, both in conception and execution, but the extra guitar layers compensate for some of that and, of course, this is punk music; it’s supposed to be played loud and fast and cheeky.

“It was an experiment, I didn’t want to repeat the same album.” – Brian James, explaining MfP in an interview with Uber Rock.