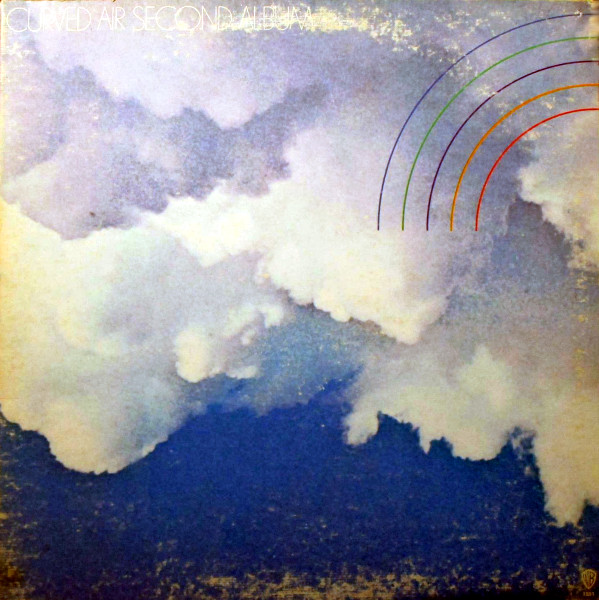 A case of splitting Airs, as Way and Monkman divide sides one and two, but who could resist seconds after their first?

Kronomyth 2.0:  A woman drew her long black hair out tight and fiddled whisper music on those strings.

Second albums are often problematic as bands struggle to create within the pressurized environment of the music machine. It’s a kind of curse when your dream becomes your job. (There are worse curses, of course.) Signs that Curved Air was caving under the pressure can be seen in the fact that the band had effectively split into two creative camps. It was a division of vision in one sense, but also an effectual means of generating new material for the next album.

“Sonja put it very well once when she said, ‘You have the whole of your life to write the first album, and six months for the second.’” – Francis Monkman, in a 1998 interview.

Darryl Way and Sonja Linwood struck up a songwriting partnership for the first side of Second Album and scored their biggest hit with “Back Street Luv.” Francis Monkman’s eccentric, wordy and wonderful ideas are explored on the second side. Despite this division, the quality of music didn’t suffer as the band pursued different avenues. If anything, they sharpened their collective aural attack on Second Album.

Monkman’s work on the VCS3 stands as some of the most sophisticated keyboard prog of its time (he’s also an underrated guitarist) and the rhythm section of Pilkington-Miksa and Ian Eyre gives the music a very solid bottom end. Where the first album featured Linwood and Way on vocals (an approach that occasionally invited comparison to Jefferson Airplane), Linwood is the lone voice here most of the time, which allows the listener to luxuriate in her subtle shades and tones. Listening to “Young Mother,” “Back Street Luv,” “Puppets,” “Everdance” and “Piece of Mind,” one can only marvel that music listeners didn’t carry Curved Air home on their shoulders and declare them kings. Their first two albums are certainly as good as anything to come from the established masters (Jethro Tull, Yes, Genesis, Gentle Giant, etc.) and, in fact, slightly ahead of most of them in terms of sophistication and execution.