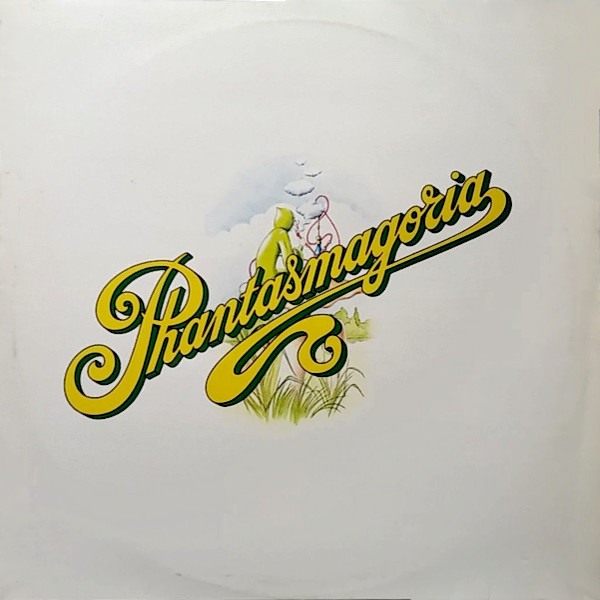 The final album from the original Curved Air lineup features a phantastic lineup of lost heads, lost souls and plenty of ghosts.

The core lineup of Curved Air gave up the ghost after three albums, leaving behind some of the most ambitious progressive rock of its day. Phantasmagoria follows the format of Second Album, with side one showcasing the excellent songwriting of Darryl Way and Sonja Kristina Linwood and side two dedicated to Francis Monkman’s fascinating experiments. Highlights this time include the grandiose “Marie Antoinette,” the darkly humorous “Not Quite The Same” and all of the spectral, eclectic second side from Monkman.

Mike Wedgwood marks the third bass player in three albums, a sign of some instability in the band, but the real issue seems to be the creative divide between Monkman and Way. Monkman in particular seems a bit of a mad creature, virtually tossing the electric guitar from the equation (a shame) in favor of computers and vibes (courtesy of Frank Ricotti). Listening to the music of Curved Air, you have the sense they were living on borrowed time, furiously fitting new pieces and players into the puzzle in search of the perfect sound (here it’s a brass section). Phantasmagoria often strikes upon perfection, much in the same way that Genesis (“Not Quite The Same”) and Gentle Giant (“Phantasmagoria”) did in the mid 70s. Also featured here is the first song completely credited to Linwood, “Melinda (More Or Less),” which displays her folksy roots to fine effect.

When the original Curved Air dissipated, prog lost one of its brightest champions. Their music is adventurous, intelligent and sensitive in the sense that Linwood has sympathy for the characters she sings about, whether it’s an onanistic outsider or a lost ghost. The first side of Phantasmagoria starts out remarkably strong and fizzles slightly as the instrumental pyrotechnics take over (“Cheetah,” “Ultra Vivaldi”). Side two functions as a miniature concept album about ghosts, with Monkman achieving sublime heights on “Over And Above.” Unfortunately, while their music was a near-perfect marriage of classical and rock, the union itself was apparently coming apart at the seams, with Way, Monkman and Linwood going their separate ways after Phantasmagoria.