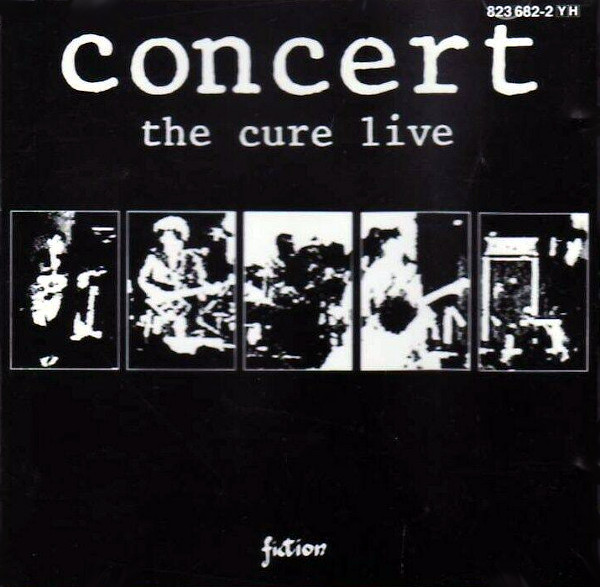 A year after Nocturne, The Cure released Concert: The Cure Live. Co-produced by Dave Allen, Concert sounds remarkably good for a live album. In fact, this album functions perfectly well as a greatest hits album, since the recordings are clean enough (Robert Smith’s voice sounds great) and clock in at about the same time as the originals or even faster. Shake Dog Shake, for example, a song I apparently didn’t give a fair shake the first time around on The Top, shaves more than forty seconds from the studio version.

As a quintet, The Cure achieve a swirling sound on stage. One Hundred Years and The Hanging Garden from Pornography feel less menacing and more interesting on these performances. Primary from Faith gets a warmer treatment too. The music still pulses with a dark urgency, but you can hear the expanded Cure filling the cold, empty spaces with sound. On the closing 10:15 Saturday Night and Killing an Arab, you get the sense that you’re finally hearing the songs the way that Smith originally intended. Arab in particular sounds positively lovecatty.

Drawn from several May performances around London, Concert is an abridged version of The Top tour that excises many of those songs (“The Top,” “Piggy in the Mirror,” “Bananafishbones,” “Wailing Wall,” “Empty World”) in favor of encores like Arab and Saturday Night. The Walk, A Forest and Charlotte Sometimes were also part of the core setlist, and would make any shortlist of The Best of the Cure up to this point. The crowd noise is minimal in the mix, the few spoken words from Smith are functional and terse. What impresses me on this album is how little the songs change in the crossing from studio to stage, making the back cover’s claim of “no overdubs” all the more impressive.

Oddly, Concert was released everywhere except in the United States. In Canada, fans were even treated to a double-cassette version called Concert and Curiosity that featured a bonus record of bootleg-quality recordings and live performances. Apparently, Americans had little use for a live record from The Cure, or so the experts at Elektra reckoned. I think they reckoned wrong, a point that the gold-selling Standing on a Beach seemed to prove.