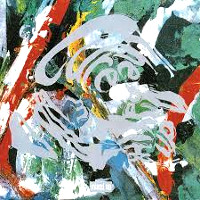 Kronomyth 13.0: A MIXED SUCCESS. A kindness to kure kollectors, who number not a few, Mixed Up kompiles a handful of hard-to-find 12-inch mixes with some newly released and re-recorded mixes. Robert Smith has gone on record as saying that the album’s intent was to put this material within easier reach of fans who might not be inclined to pay $20+ for an aftermarket single, but fans still had to reach into their wallets if they wanted to hear the new stuff (and enough of them did to send it platinum). There are new visions of old nightmares now de-fanged (“The Walk,” “A Forest”), quirky revisions of the classics (two of which, “Close to Me” and “Inbetween Days,” were released as singles to promote this album) and the usual sort of sonic spelunkering one might expect from the psychedelically inclined Smith. It didn’t change my world, it won’t change yours; Mixed Up is about filling in the cracks in your collection, not adding another brick to the wall between you and The Cure and the rest of the world. Time moves excrementally toward the clogged catch basin of our collected memories and Mixed Up seeps through without so much as a stain to remember it by. I wouldn’t make acquiring this a priority since it’s not where the real party is happening, but cure-iosity is bound to get the better of you sooner or later.

* This track only appears on the 2LP version.