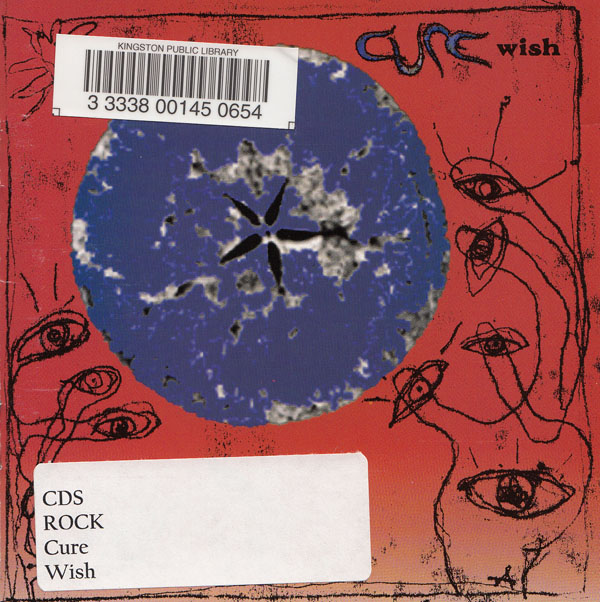 Wish is The Cure painted in Van Gogh blue with three luminous moons named High, Friday and Elise to lure unwary travellers into thinking this is an improbably giddy romp through the lighter side of Robert Smith’s imagination. But of course those of us who have swum with The Cure for some time know there are no happy endings, only manic episodes of happiness that escape like lucky fish from the reaper’s net of grim reality. The obvious bookends of “Open” and “End” create a self-contained world that begins with Robert Smith’s declaration of depression (“The way the rain comes down is the way I feel inside”) and ends with him chipping away at his own iconic stature (“Please stop loving me, I am none of these things”). Heavy stuff that would drag down most albums, except that The Cure are the perfect purveyors of gothic sadness, and in their world down is definitely up. I’ll admit that I get weak in the knees every time those three moons appear, but I wouldn’t wish for one more happy track on here. The hopeful, silly “Doing The Unstuck” may actually be one too many. Better are the buttery “Trust,” “From The Edge of the Deep Green Sea” and “Apart,” which make the highs of High and Friday so much sweeter (Elise couldn’t be called a proper upper). I wouldn’t recommend listening to Wish if you’ve recently been dumped in a relationship (the early Stones’ll stiffen your spine just fine), but as a mope opus Wish is hard to beat. The rich sonic textures, touches of psychedelia, tinges of madness and surgeon-skilled self-criticism have rarely been equalled in the annals of gothic rock, although The Cure themselves have bested it on occasion. Still, this is a High point in the history of The Cure and a cementing of their status as stars (though stars who invite you to study the blackness between them).