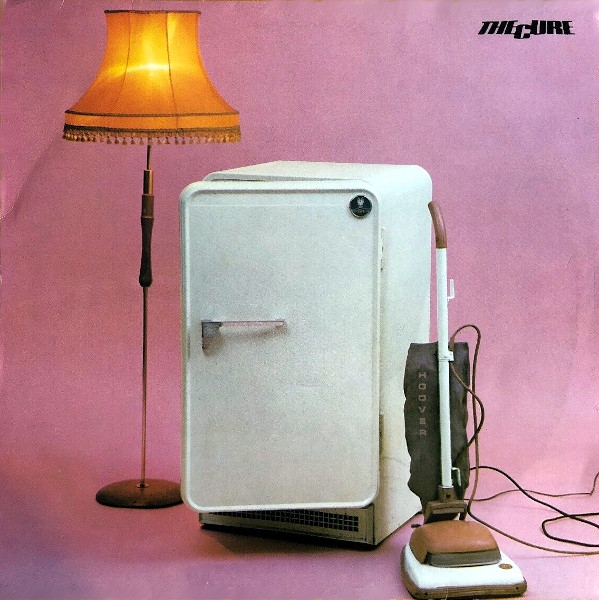 A lot of new wave bands started out as punks: Adam and The Ants, The Stranglers, XTC. I’d even throw The Police and Devo into that group. The Cure, however, started out as a really good punk band. Three Imaginary Boys, their first album, is one of the most exciting records to come out of the late 70s English punk movement. “Accuracy,” “Grinding Halt” (a personal favorite of mine), “Object,” “Fire In Cairo” and “It’s Not You” are some of the best punk/pop songs this side of The Buzzcocks.

The gloomy and dense Cure albums that followed have little in common with these Boys save for a few dark turns on “Subway Song,” the noirish “10.15 Saturday Night” (selected as the album’s single, although it’s not nearly the best song on here) and the spooky, slinky title track. Unfortunately, Three Imaginary Boys was packaged without the boys’ full approval, from the unauthorized album cover (which I actually like) to the unwanted inclusion of “Foxy Lady” (sung by Michael Dempsey and very reminiscent of XTC’s “All Along The Watchtower”) and the sloppy 12-bar blues at the end (eventually credited as the album’s thirteenth track, “The Weedy Burton”).

Whether or not this is the album that Robert Smith would have released, it’s the album that launched The Cure and caught the ear of punk fans after the Pistols went silent. Despite some youthful mistakes (“So What,” “Meat Hook”), Three Imaginary Boys is a varied and very good first album of English punk with just the right amounts of attitude, energy and oddball antisocialism.

All songs written by Lol Tolhurst, Michael Dempsey and Robert Smith unless noted.