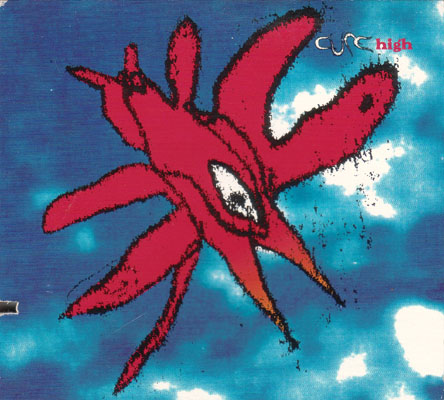 Kronomyth, or The Adventures of Mebyl Spaetzmann, chapter the first. This is the advance satellite from KM.14, indicating that there were plenty of planets of interest ahead in the constellation of The Cure. “High” sailed smoothly into the UK quadrant, stalled after a near-collision in the US quadrant, and entered the select company of iProbable songs from this magical band. Here it appears in a shortened single mix, a dizzier high mix, and comes on the cd single with two new asteroids clinging to its orbit: “This Twilight Garden” and “Play.” The asteroids are album-worthy, the first languid and lovely (at least to the ears of longtime Curists), the second stuck in a slow orbit but not without merit. Captain Mebyl found a strange, 12-inch plastic disc that contains a rare trip mix, which collectors might wish to mine for their own.

The Players
Mixed by Mark Saunders. Produced by David M. Allen and The Cure.