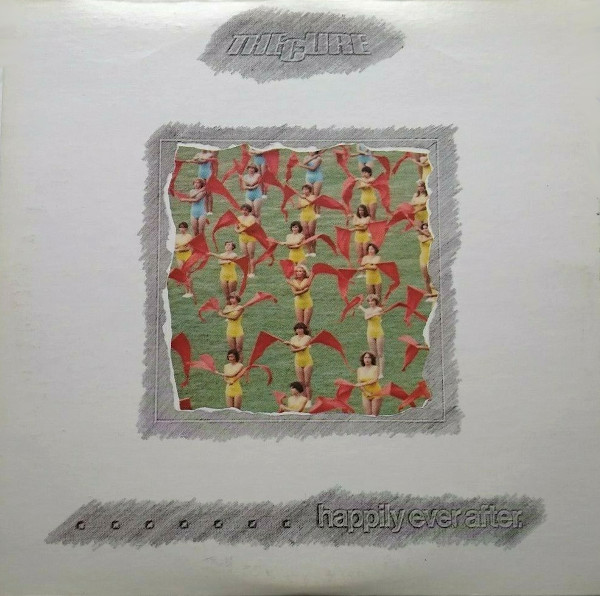 A double-elpee compilation that brought American audiences up to speed with Seventeen Seconds and Faith.

Kronomyth 3.5: A double dose of The Cure.

Happily Ever After brought Americans up to date with The Cure by fusing Seventeen Seconds and Faith on a single double elpee. It’s a big, beautiful slab of angst and sonic artistry that would have blown me away as a teenager if I’d heard it then (“Grinding Halt” had at least filtered down to me), only I don’t recall seeing this album in record stores—maybe A&M didn’t make a lot of copies, or underpromoted it, or both.

Unlike the earlier Boys Don’t Cry, this is a straight repackage of their second and third albums. In fact, once out of the record sleeve, you’re essentially holding Seventeen Seconds in one hand and Faith in the other. Hearing the two records in a single setting, you can hear how The Cure managed to add new details and warmth to their music even as they pared down from a quartet to a trio. Seventeen Seconds is a dark and cold record, Faith’s is a womb-like darkness: it envelopes you, embraces you.

As much as I enjoy songs like “A Forest,” Happily Ever After doesn’t really make me happy until “Primary” rolls around, and from then on it’s pure magic. Although you could grumble that A&M didn’t add anything except a new cover, at least they spared us Carnage Visors. These days, Happily Ever After is superfluous in lieu of deluxe repackages of Faith and Seventeen Seconds, although a compact disc version exists for those with fond remembrances.