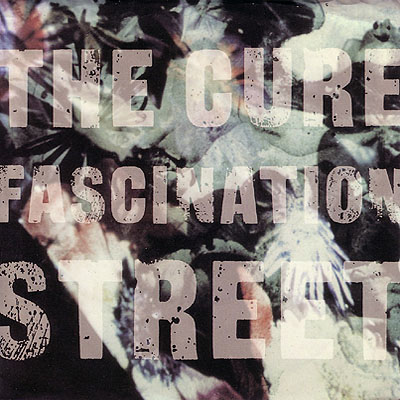 You Cure fans are a double-lucky lot because Cure singles are so much fun to collect. Take this one for example: it’s a remix of the original and the B side is the nonalbum “Babble.” As if that weren’t enough, an Extended Remix version of “Fascination Street” exists on a CD single and 12-inch that also includes (for US collectors) another nonalbum entry, “Out of Mind,” that had earlier appeared on the UK single “Lullaby.” And their discography is rife with fruit like this: nonalbum tracks of actual merit (“Babble” could have easily been an album track), interesting remixes, picture discs. I can’t tell you what the difference is in the single remix version of “Fascination Street” since I don’t own Disintegration, but I can tell you that the song itself is terrific. Always reminds me of PiL, two bands I don’t usually lump together for some reason but who, in fact, are very similar. I tried my hand at transcribing the lyrics from Babble, but the ends of the third and fourth couplets are a little hard to make out.

“Babble”
oh nothing ever changes, nothing ever moves
and I sit around in circles in the same old lifeless room

babble out in simile
like dog head monkey musing me