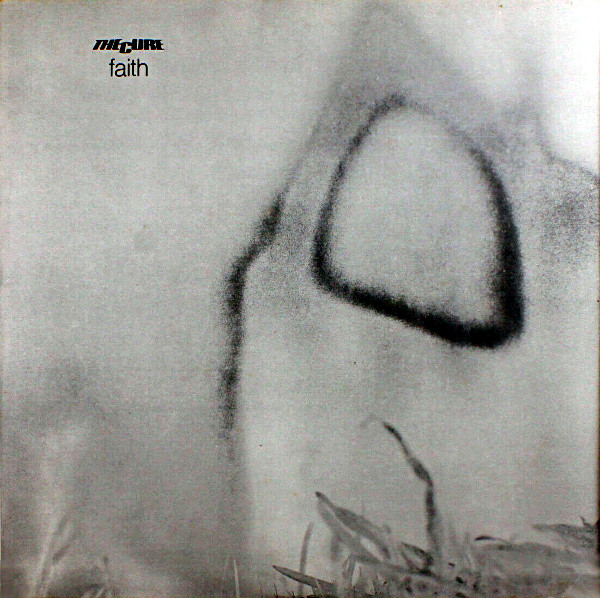 The second in the band’s dark trilogy, including songs inspired by the death of Ian Curtis.

Faith is the second in the band’s dark trilogy begun with Seventeen Seconds and ended with Pornography. In many ways, Faith is the most beautiful of their early records, rich in sonic detail, infused with delicate sympathy. It’s the enigma of Robert Smith as an artist that he could make such a lovely record out of lost faith, isolation and death (the dominant themes of Faith). The Funeral Song, one of two tracks that appear to be about the recent death of Ian Curtis (Faith would be the other), and All Cats Are Grey, for example, could almost pass for Orchestral Manouevres in the Dark. (Maybe OMD were darker than I gave them credit for?)

“Faith was the sound of extreme desolation because that’s how we felt at the time.” – Robert Smith, in a 2011 interview.

From the opening of The Holy Hour, the music is gauzier and the production more sophisticated, at times almost hypnotic (Other Voices). The songs themselves are presented as dream-like vignettes that rise from a mist, take hold of a moment in time through vivid (sometimes too vivid, in the case of Doubt) imagery and then dissolve into the dim reality of a church bell (“The Holy Hour”) or some quiet musical coda (“All Cats Are Grey”). While Smith may not have felt that The Cure were strictly a goth band, Faith is the quintessential goth record. It elevates misery into an art form, it savors sadness as absinthe, it revels in its rejection by the world.

I would tell you it’s the best thing they’ve done so far, but each new Cure album seemed to set the standard higher, and I do prefer Pornography as the perfect expression of their lurid nightmare vision. Note that the original cassette versions of Faith included the soundtrack to Ric Gallup’s short film, Carnage Visors, which The Cure used on occasion to open their shows (and an appreciation of which requires faith indeed).

All artwork by Porl and Undy. (The cover photograph features the Bolton Priory shot in fog.)