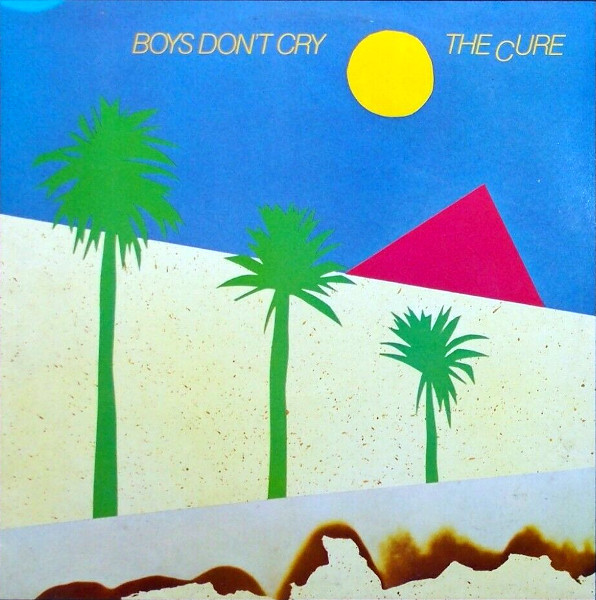 A compilation of The Cure’s early singles and cuts from their first album released for the always-late-to-the-party Americans.

The most important musical revolution in my lifetime was happening 3,000 miles away and all I could do was listen to late-night radio and save up money for expensive import records. Eventually, of course, the revolution was repackaged for the Americans. We got The Clash, prettied up to perfection by mixing the strongest album cuts with singles, and, soon after, Boys Don’t Cry. This compilation features a good half of Three Imaginary Boys (the better half, natch) plus the early singles, “Boys Don’t Cry” b/w “Plastic Passion,” “Jumping Someone Else’s Train” and “Killing An Arab” b/w “10:15 Saturday Night” (shorter than the elpee version).

The difference between their first and second album is day and night; Seventeen Seconds is a much darker work. You wouldn’t re-encounter anything as catchy as “Fire In Cairo,” “Boys Don’t Cry,” “Jumping Someone Else’s Train” or “Grinding Halt” for years. If you enjoy their early “punk” phase (and I do), Boys Don’t Cry makes for a better compilation than Standing On A Beach. For some reason, the compact disc reissue omits “Object” and “World War” in favor of the snotty “So What.”

Fans of future Cure may find some of the early punk posturing offputting (e.g., “Plastic Passion”), but the fact remains that Boys Don’t Cry delivers more Cure “hits” per square inch than any record up to Japanese Whispers. These days, an out-of-print copy will cost you the same as Three Imaginary Boys, so better to get your history straight from the source. Graybeards like myself, however, will remember this fondly as our first Cure crush.