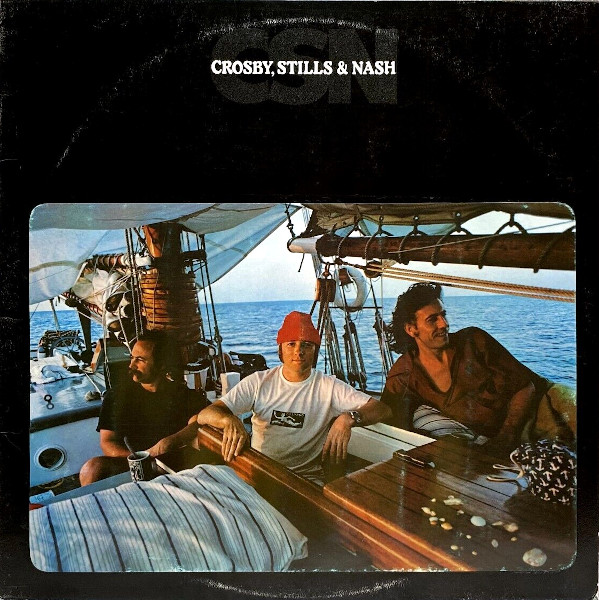 Kronomyth 4.0: CSNchantment. Something magical happens when those three letters come together. It’s not just the harmonies, although that’s certainly a big part of it. When their voices mesh, it creates a sound that is not simply a greater sum, but sumthing altogether different where the human individual is subsumed by an angelic host. You can’t simply pull apart those harmonies and say this is Stills or this is Nash because it doesn’t work like that. As I said, though, it’s not just the harmonies; it’s the entire songwriting experience that gets elevated. Illegal Stills and Whistling Down The Wire couldn’t hold a candle to the songs on CSN. Yes, “Carried Away” does sound like “Marguerita” and “Anything At All” really isn’t. The rest of the songs on CSN are inspired: “Dark Star,” “Shadow Captain,” “Just A Song Before I Go,” “Cathedral,” “Cold Rain.” They’re some of the best songs that Crosby, Stills and Nash ever wrote, period. In looking for the catalyst to CSN’s resurgent greatness, I’m stumped. Stills was in the middle of a difficult divorce, Crosby was in the middle of being Crosby, Nash was in the middle of a wounded rocker and a hard drug user. Somehow, improbably, it added up to a classic studio rock album that eventually became the band’s biggest seller. Subsequent reunions revealed them to be merely mortal, but for one shining moment in 1977 Crosby, Stills and Nash defied time and even their own personal history to create magic once more.