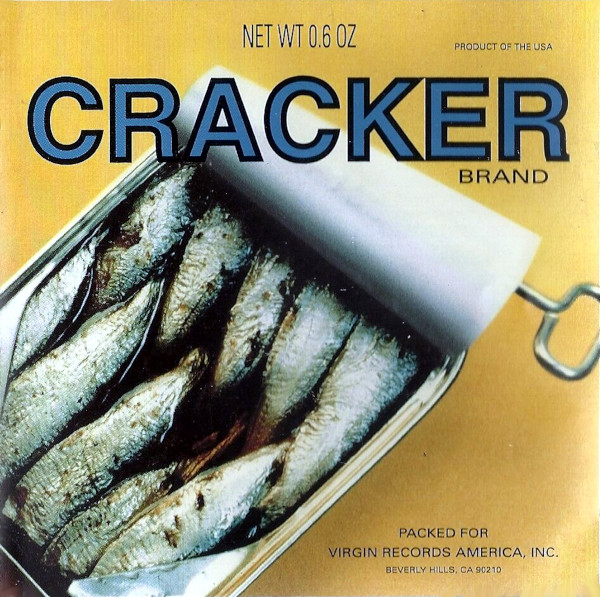 The former Camper Van Beethoven frontman makes a normal rock record and gets a brief taste of fame with “Teen Angst.”

It seemed like all the great alternative bands of the 80s (Camper Van Beethoven, Husker Du, Pixies, Replacements) broke up by decade’s end, at which point the only alternative was to buy into the grunge scene or the solo discs of the aforementioned alternative act’s former, nearly-famous frontmen (Frank Black, David Lowery, Bob Mould, Paul Westerberg). I’d give Frank Black’s first the nod in that rogue’s gallery, but the first Cracker disc wasn’t bad at all. Granted, I was tired of listening to “Teen Angst” after about two minutes, but the rest of the record delivered on the kind of sweet, nasally, left-of-normal acoustic/electric combo that you sort of expected from Lowery.

Cracker is actually a genuine band, or at least a core trio of players, who all hailed from Redlands, California (Lowery and Johnny Hickman were childhood friends). Hickman, like Victor Krummenacher, proves to be a pretty decent second vocalist on “Another Song About The Rain,” one of the album’s most memorable tracks. Unlike their next album, Kerosene Hat, there isn’t anything that jumps out as a hit single on Cracker. The songs are likeable enough, but the fun of listening to Camper Van Beethoven was not knowing what to expect, and Cracker is pretty predictable. Lowery is a charming anti-hero who can turn a clever phrase when the mood strikes him; still, it’s only at album’s end (”Dr. Bernice”) that you get a glimpse of how interesting this album could have been.

Oddly, Bob Mould and Paul Westerberg ended up making the same kind of album, as though, once you put an acoustic guitar in the hands of a punk rocker, the same sounds came out. At least Frank Black went out kicking and screaming into that good night, and you have to love him for it. Cracker, by contrast, sounds like Red Hot Chili Peppers making a country album much of the time. Personally, the early 90s were a hollow time, as punks retreated from noise and rediscovered their instruments or some such nonsense. Whatever commercial appeal that Camper Van Beethoven had clearly left with Lowery. I only wish he’d brought at least one suitcase of that band’s defiant strangeness with him.