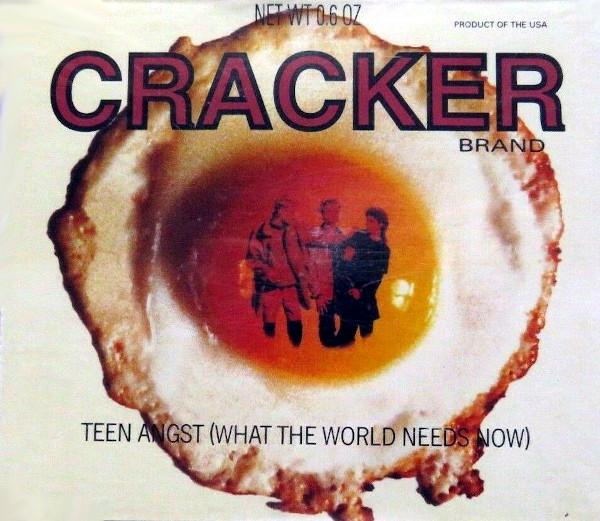 David Lowery and his new band emerge on the scene, dripping with irony.

This may have been one of the most misunderstood songs of 1992. Here you had the former lead singer of Camper Van Beethoven dressed in midwinter gear in what looked like a field in Vermont with an acoustic guitar in hand singing about how the last thing the world needed was another folk singer (the production budget for which makes those Pixies videos look like Thriller). The intentional irony is compounded by the fact that the first “hit” single from the band named Cracker sounds like a monotonous bore. I haven’t scratched my head this much since Big Audio Dynamite released “C’mon Every Beatbox.”

Time didn’t hold the answer; Cracker remained oddly enigmatic until the end. At their best, they sounded like a streamlined CvB, which appears on the B sides Can I Take My Gun to Heaven and China (a nonalbum track that might even be a David Lowery solo number). As with most of Cracker’s music, your money is better spent acquiring the original CvB albums and maybe even springing for a Monks of Doom album or two. You have to admire the band’s defiant stance against selling out, but I wonder if Lowery would do things differently now.

A1. Teen Angst (What the World Needs Now) (edit) (David Lowery)
B1. Can I Take My Gun to Heaven (David Lowery/Johnny Hickman)

Produced, engineered and mixed by Don Smith except “China” produced and engineered by David Lowery