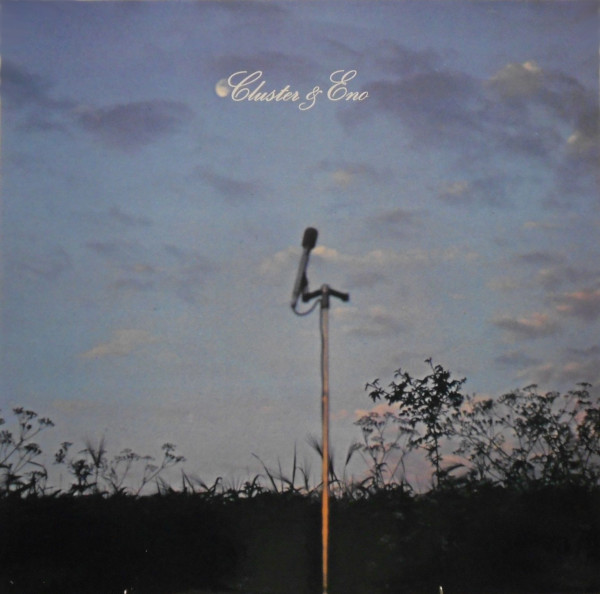 In my opinion, this is one of Eno’s least effective collaborations. I suspect that his Oblique Strategies played a hand in all this, and the trouble with oblique strategies is that, sometimes, they can take you in circles. Eno’s works from this period (Another Green World, Low, Before And After Science, Music For Films) are very interesting and engaging. Cluster’s albums too. But Cluster & Eno rarely approaches the quality of those works. You’ll hear a connection between “Für Luise” and “Moss Garden” in Eno’s luminous backdrop, detect elements of Another Green World and Penguin Café Orchestra in “Ho Renomo” (so named for the players involved: Holger, Roedelius, Eno, Moebius) and instantly recall Robert Fripp on “Steinsame” (one of two tracks here named for a flower). What you won’t hear is the better work of Cluster or Eno.