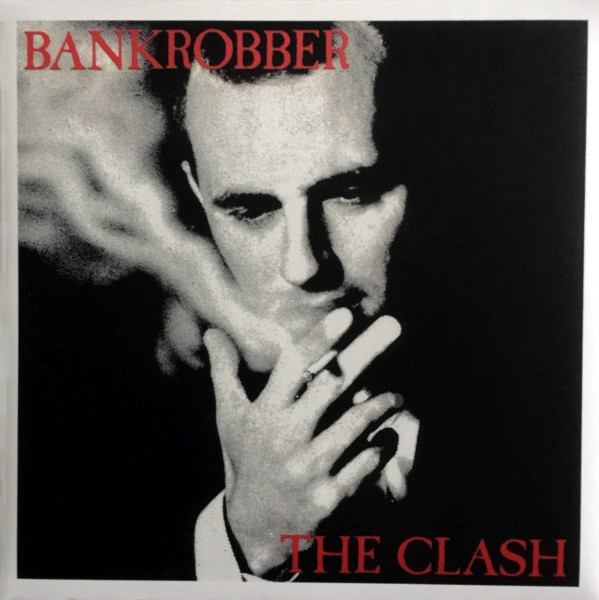 The Clash bring dub to England in this collaboration with Jamaican DJ, toaster and tourmate Mikey Dread.

“Safe European Home” wasn’t the only souvenir from Joe Strummer and Mick Jones’ trip to Jamaica; the pair also brought back DJ/toaster Mikey Dread for their 1980 tour. The first fruits of their friendship became “Bankrobber” and Dread’s chronicle of his tour experience with The Clash, “Rockers Galore… UK Tour.” Moderately successful as a single (it broke the Top 20 in the UK and Ireland), the collaboration officially launched The Clash’s interest in dub.

Now, I would tell you that Bankrobber marked the beginning of the end, as the band drifted further from their punk roots and became international rock stars, but I generally resist change. (I also at least partially blame dub for Big Audio Dynamite.) There’s plenty of pleasure to be had in hearing Joe Strummer sing, and the whole punk/reggae thing is a great idea, but dub to me is like the (barely) edible equivalent of caraway seeds.

Not surprisingly, then, the dub/toasting mix that appears as Rockers Galore… UK Tour isn’t my cup of tea. Like early rap, its rudimentary lyrics are likely to rub-a-dub-dub a rock generation spoiled by Bob Dylan the wrong way. I’m not saying that Mikey Dread doesn’t have talent, you just wouldn’t know it here. I realize that punks have to grow up or grow out, or risk waking up one day to find themselves the establishment they hate, but maybe The Who’s cynical cyanide capsule wasn’t such a bad idea. Of minor interest, these two songs also appeared as the flip side to the European single for “Train In Vain,” making the apocalyptic vision complete.

*This is credited to Dread at the Controls.