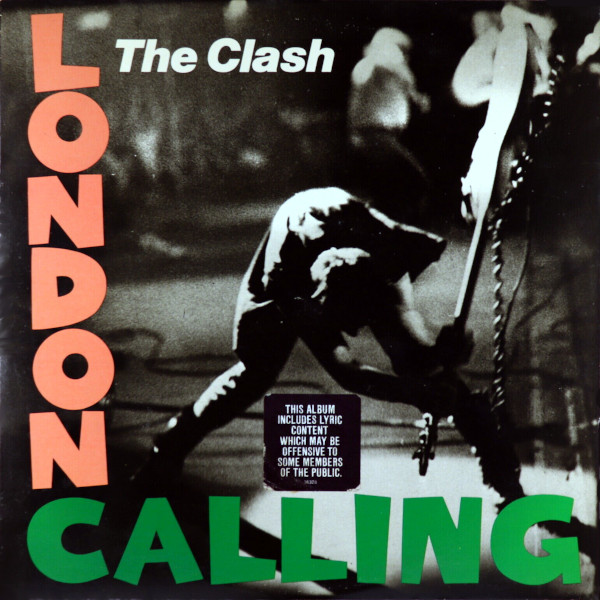 If Never Mind the Bollocks was the shot heard ‘round the world, London Calling was its call to arms.

This is surely one of the greatest punk record(s) ever recorded… and yet it’s partly responsible for killing punk rock because everything that followed seemed so second rate. The Sex Pistols invited everyone to the party with their amateurish playing. London Calling pulled the rug out from under them. You could out-shock The Clash or maybe even out-rock the Clash, but you weren’t going to outdo them.

Punk’s revolutionary reaction to rock & roll was to play it fast, loud and angry, which The Clash did on the surface. But wipe off the dirt a little and you’re looking at a masterpiece. Forget about the gold-plated bookends for a moment (“London Calling,” “Train In Vain”), the one the most startling, the other the most popular in the Clash canon. It’s the names in the middle that make this such a meaty manifesto: “I’m Not Down,” “Spanish Bombs,” “Koka Kola,” “Lover’s Rock,” “The Guns of Brixton,” “Revolution Rock.” Each looks rough from a distance, but look closer and you see the meticulous detail, the way that melodies and guitars converge, passionate tales from unbeautiful mouths. And this was the story of The Clash: they weren’t punk rockers, they were punks who loved rock. They absorbed everything and spit it out with gleeful abandon: punk, rock, reggae, dub, pop culture, politics.

Though London Calling is a leap forward in many ways, it’s more of a liberation. The title track is a clarion that The Clash (and with them the punk generation) were ready to be taken seriously. Ironically, the band also achieves this by not taking themselves so seriously. That they could afford to screw around with songs like “Jimmy Jazz” and “Wrong ‘em Boyo” bespeaks a wealth of talent. Punk rock, it turned out, wasn’t the ugly duckling after all, but a beautiful swan just waiting for the right moment.

All songs written by Joe Strummer/Mick Jones unless noted.

* Train in Vain is a hidden track.