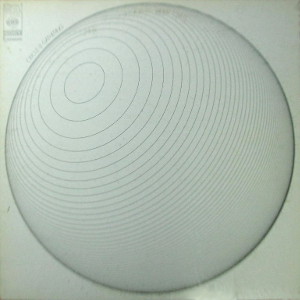 “I think audiences are quite comfortable watching something coming into being.” – Brian Eno.

Kronomyth 6.4: MAGIC, THIS GATHERING. On paper, adding another player to the chaotic trio music of Chick Corea, Barry Altschul and Dave Holland was a recipe for disaster. In practice, surprisingly, Circle turned out to be the ideal expression for Corea’s experimental, improvisational, musical communion. The early fruits of this partnership were recorded in New York City, but were made available here only as a Japanese import. Gathering, the group’s second release, is forty minutes of inspired musical interplay that straddles the worlds of avant-garde jazz and modern classical music. I was tone-deaf to The Song of Singing. A.R.C., though better, was still too dark. But something about Gathering draws me into the music. As the audience, I felt as though the earlier trio music barred me from admission; it was noisy, complicated, disconnected. The music of Circle is open by comparison. I feel involved in its act of creation and exploration. Every time I listen to Gathering, I hear and experience new things. There is a palpable connection between the players as well. The Song of Singing often felt like three unrelated monologues superimposed on each other. Gathering is a dialogue. The conversation centers largely around the subject of what constitutes music. Saxophones yield to slide whistles, strings are plucked and pulled and scratched, anything within reach is struck, yet it’s all done in sympathy to what’s happening around it. Is it improvisational? Yes, but done with a communal spirit that transcends the usual limitations of spontaneous composition. In a sense, listening to Gathering is like watching a modern artist in the act of painting, which I think is what Eno was saying about music. Or maybe he was talking about Japanese steakhouses; it’s hard to tell with him.

All songs (well, just the one song, really) written by Chick Corea.