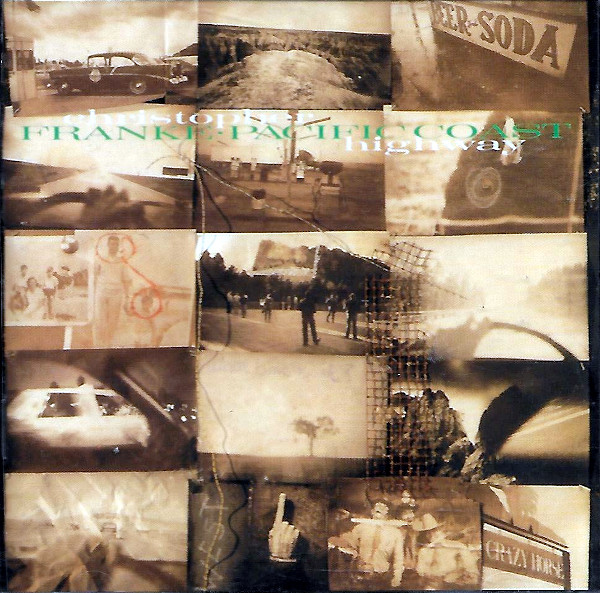 Franke’s first is like listening to a forty-minute commercial for Napa Valley wine.

Hogsblood (stunted demon of a weak mind) snatched up this recording as a way to woo the white-haired witch of his affections. White witches as a rule love new age music, which this ostensibly is, but born of a darker strain he hoped (having wiled away hours in the twisted corridors of a certain Dream with pleasant consequences). He imagined himself, striking a pose as urbane as a barrel-shaped figure with green skin and tiny bat wings might, leading a pleasant discourse on the merits of Christopher Franke over, say, George Winston.

After several tracks, however, it appeared there might not be much to talk about.

The difference between Pacific Coast Highway and the tantalizing but ultimately inedible fruits that grow on the slopes of Windham Hill is so slight, the point hardly seems worth making. Don’t misunderstand; if you enjoy new age music, then you’ll find plenty of enjoyment here (like the lovely, ethereal “Electric Becomes Eclectic”). But if you expect to draw a logical line between the murky grey matter of Tangerine Dream and the bubbly melodies of this disc, be prepared to draw a few right angles.

Obviously, for a small demon of modest intellect, crossing the great divide between hallucinogenic tone poems and music written for commercials that show the dew forming on green grapes was too great a challenge. Hogsblood packed it in with a heavy sigh somewhere around “Driving Into Blue.” Me, I have to stick it out with these albums until a clear picture emerges that I can communicate with the six or eight people who actually visit this site. (Sometimes, being a demon has its advantages, although listening to music still beats rolling a big rock up a hill.) So I’ll tell you that this is excellent new age music, realizing that those words should never be so close to one another, and offer up that PCH indicates an auspicious future for Franke in the genre.

It’s been a while since I’ve seen a great musical mind curdled this quickly, but I suppose that’s the power of California. Which reminds me: wine, Hogsblood, white wine. All white witches like white wine.