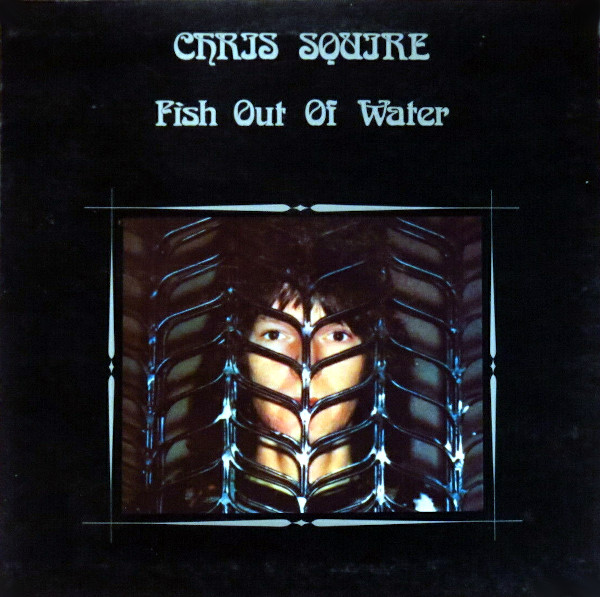 This is probably as close as any of the Yes members have come to making a Yes album on their own.

Chris Squire’s first solo album takes its name from his “solo” contribution to Fragile, “The Fish (Schindleria Praematurus),” and finds the Yes bassist and backing vocalist swimming in the same turgid waters for forty minutes with an orchestra and a few familiar faces (Bill Bruford, Patrick Moraz, King Crimson’s Mel Collins). Initially, I found the whole thing overdone, a toppled wedding cake compared to the airy wafers of Jon Anderson’s Olias of Sunhillow. And while I’d still concede Olias the upper hand in the extracurricular adventures of Yes, the fact is that Fish Out of Water is a remarkably ambitious and often quite effective continuation of the progressive music of Yes.

I’ll get the awkward bit out of the way early: the symphony. As a general rule, progressive rock musicians and symphony orchestras are a recipe for ridiculous excess. Fish Out of Water isn’t as egregious an offender as Journey to the Centre of the Earth, but let’s just say Squire and Andrew Jackman don’t hold anything back for the finale of “Safe (Canon Song)” save for actual cannons. “You By My Side” features similarly ham-handed orchestration yet, even slightly bruised, it’s still a beautiful song. Those are the only two tracks that suffer from orchestral overindulgence; the rest of the record is just the sort of muscular progressive rock you would expect from Squire, with an unexpected dose of melodic sweetness.

In comparing this to the music of Yes, it’s as though Squire has replaced Steve Howe’s guitar with a second bass guitar. Otherwise, his vocals suggest a less angelic Jon Anderson, Bill Bruford stars as Bill Bruford and Patrick Moraz does a decent Rick Wakeman impersonation on “Silenty Falling.” For “Lucky Seven,” Squire creates an impressive bass riff that underpins the entire track and then adds Mel Collins’ jazzy saxophone on top of it to give it a distinctly un-Yeslike edginess.

It would be tempting to view Squire as the yang to Anderson’s ying, a comparison that Fish and Olias bears out, but to my mind the two players are more about commonality than duality. If you superimposed the thick, structured sounds of Fish with the celestial sounds of Olias, you’d have the makings for a completely new Yes album minus the guitar heroics of Steve Howe. In fact, Fish Out of Water makes plain that Squire is not only a founding member of Yes, but its musical foundation. Like I said, my initial reaction to this album was ambivalent, but it’s grown on me since then, and I would rank this today among the most interesting parallel journeys in Yesworld.

All titles written and arranged by Chris Squire.