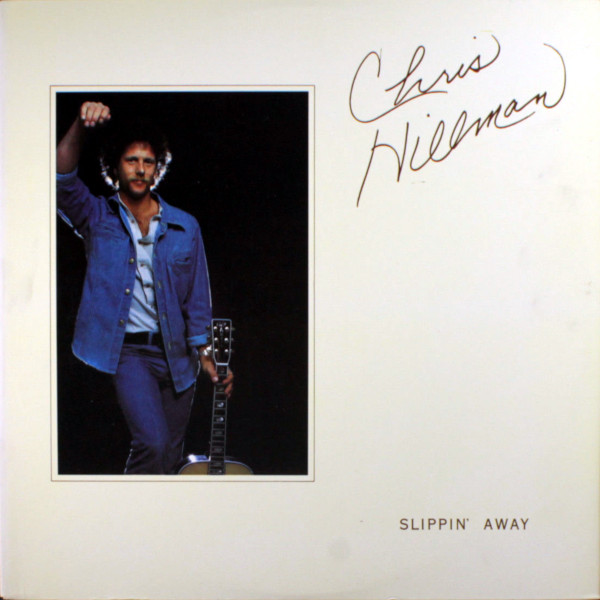 One of the last of The Byrds to fly solo, Hillman’s first is in line with what you’d expect from the Byrd/Burrito.

Kronomyth 1.0: So you want to be a country-rock star.

Chris Hillman commemorated the U.S. bicentennial with his first proper solo album, Slippin’ Away. Although Hillman didn’t end up getting Eric Clapton’s producer, Tom Dowd, he did manage to score his guitarist, George Terry, for a few tracks, plus an impressive guest list that included former members of Manassas and The Flying Burrito Brothers. The songs stick to the slick country-rock sound popularized by the Burritos and Eagles, returning to Hillman’s bluegrass roots for the closing “(Take Me In Your) Lifeboat.”

Hillman has a good voice and the good sense to surround himself with better singers, brings in an array of top-shelf guitarists (Terry, Al Perkins, Steve Cropper, Donnie Dacus) and taps his previous connections to round out an album’s worth of new material, including a track from supporter Stephen Stills and one co-credited to the former burrito grande, Gram Parsons. Until now, Hillman had played the role of the vital cog rather than the big wheel, though he had earned the cachet and displayed the talent to parlay his past into a successful solo career going forward. Slippin’ Away is a confident first step that aligns smartly with studio country-rock, including a good balance of rockers and ballads. “Take It On The Run” and “Blue Morning,” for example, could pass for album tracks on most Eagles albums, “Witching Hour” is a tasty leftover from Manassas and “Love is The Sweetest Amnesty” might be the sweetest ballad Hillman has ever recorded.

Interest in Hillman, however, appeared on the decline, as his first album charted about as well as those terrible, re-heated Burritos records. It’s a much better record than that; better than Illegal Stills too, honestly. You have to wonder what Hillman had to do to get his career off the ground. Then again, after the heady experience of The Byrds, maybe flying under the radar was a blessing in disguise. Those who did tune in got a healthy dose of quality country-rock that will appeal to fans of The Byrds, Eagles and CS&N, which I’m pretty sure describes everyone except, apparently, the people responsible for reissuing classic albums on compact disc.

All songs written by Chris Hillman unless noted.