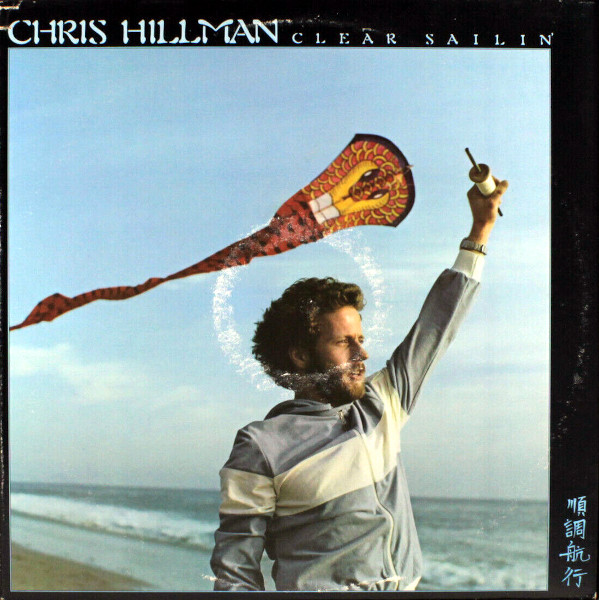 Half a good album from one-fourth of The Byrds, which stills adds up to something.

Imaginary wrasslin’ match, the first: Clear Sailin’ vs. Thirty-Three & 1/3 (The Bearded Byrd vs. the Shaven Beatle). It’s something I’ve been toying with in my head lately, finding a fitting partner in the same weight class and letting them go toe to toe. Of course, The Beatles were bigger (and better) than The Byrds, George Harrison a better guitarist, one a Hare Krishna and the other a Christian, but you get the analogy.

Both albums are boogaloo: soft rock with some funky horn charts and a country honky-tonk heart. Harrison’s had two legitimate hits (“This Song,” “Crackerbox Palace,”), Chris Hillman’s doesn’t. Take away the two hits, though, and they’re pretty similar. “Rollin’ and Tumblin’” stacks up fine against a “Learning How to Love You,” “Ain’t That Peculiar” to “Woman Don’t You Cry For Me,” “Fallen Favorite” to “See Yourself,” “Clear Sailin’” to “Pure Smokey.” Hillman is more Eagles than Beatles I realize, but I don’t own any Glenn Frey solo albums so I’m going with what I’ve got.

Both Hillman and Harrison had professional bands behind them; here, Skip Edwards and Al Garth deserve special mention. Lyrically, however, Clear Sailin’ isn’t always clear. The opening “Nothing Gets Through,” for example, consists of a string of nonsensical similes, which I’m pretty sure was the intent but still doesn’t start the record off on a strong note. (You could argue that “Woman Don’t You Cry For Me” was an odd way to open Thirty-Three & 1/3 too.) “Quits” is also clumsily worded.

As a solo artist, Chris Hillman doesn’t have the vocal presence of a Roger McGuinn or his dramatic sensibilities. He needs the help, the harmonies and a prevailing wind to push him along. Clear Sailin’ is a mostly competent album of country/rock/disco (“crud” to the rest of you) that suggests Hillman had about half a good album in him at any given moment, a point that McGuinn, Clark & Hillman confirmed.

Track A1 should be titled “Nothing Gets Through.”