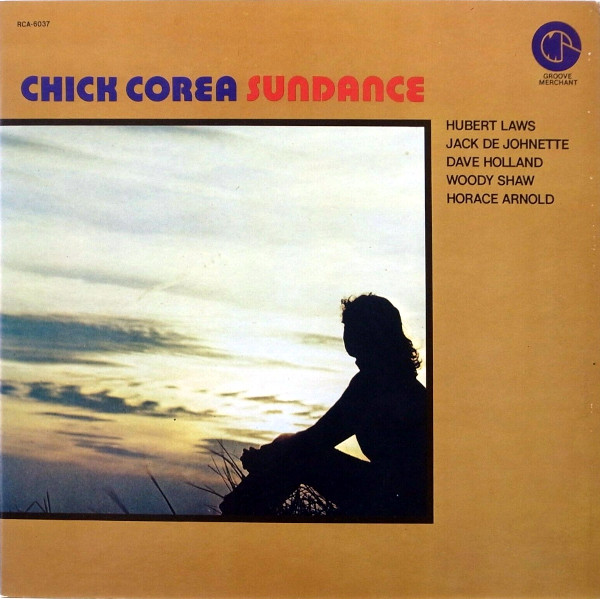 What was half of the original Is, and the more pleasant half too, salvaged for your listening pleasure.

Chick Corea had originally recorded enough material for his third album, Is, to fill two albums. Some type of selection process, likely involving darts or chicken bones, was used to winnow it down to four tracks, with the other four turning up three years later on Sundance. (The whole shebang plus alternate tracks was later re-united on The Complete “Is” Sessions.)

On the surface, this might look like your usual minor label (Solid Sate) relicensing to even lesser-known labels (Groove Merchant), and in some sense it is. But the quality of the material and the performance from the players involved, half of whom were “moonlighting” as Miles Davis’ live rhythm section at the time, demand some kind of audience. In fact, I may prefer these tracks to what turned up as Is. I mean, Is was not an easy album to wrap your head around. Nothing on there was as tuneful as Sundance and nothing on Sundance is as noisy as “This.”

Our little parade of second-stringers starts with The Brain. Typical of Chick’s early work, it’s very notey, challenging and, well, yes, highly cerebral. Still, this isn’t free jazz so much as jazz that offers its players freedom in how they approach the melody. Bennie Maupin, Jack De Johnette and Dave Holland take Corea up on the challenge, and the results are terrific if a little terrifying. Song of Wind is a much softer affair, with a gentle theme that gives Hubert Laws a chance to shine. It’s the very essence of cool, but what else did you expect from Miles’ students?

Converge could best be described as science-fiction jazz. It’s the discovery of a new world, telegraphed back home through musical notes, with alien sounds and some truly ambient percussion from Horace Arnold. The closest parallel may be some of Frank Zappa’s early orchestral stuff, but I’m equally reminded of the initial interstellar explorations of Tangerine Dream at times. Saving the best for last, “Sundance” is dappled sunshine for the soul. Beginning with Corea (on Fender Rhodes, as he is about half the time here) and Holland, the gorgeous tones of the Rhodes wash over you as you enter a playful world of melody and light. It’s hard to believe this song didn’t jump out as the best song to come out of the initial Is sessions, but it seems that Corea and Solid State were more interested in releasing avant-garde free jazz.

These tracks represent the more accessible side of Is, and I’ll admit that Chick’s free jazz stuff often left me flustered. I could dig what he was doing with Anthony Braxton in Circle, but The Song of Singing and A.R.C. were too much for my little head to contain (or just endless riffing on an invisible theme). There’s form to be found on Sundance, and melody too. I had the same general reaction to Inner Space, that somehow the best of Chick Corea had fallen through the cracks. Oddly, that compilation and Sundance are probably my favorite albums from Chick’s early catalog. Go figure.

All songs written by Chick Corea.
* This was titled “Song of the Wind” on subsequent releases.