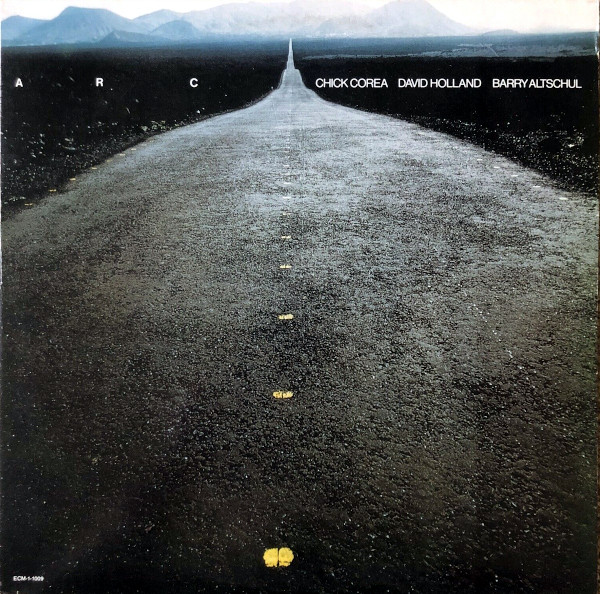 Inspired by the principles of Scientology and somehow, improbably, even more convoluted.

Kronomyth 6.0: The son of the song of singing.

More avant-garde, improvisational music from the trio of Chick Corea, Dave Holland and Barry Altschul. The album’s title is a reference to the Scientological principles of Affinity, Reality and Communication, which I won’t get into here because Scientology has already had its fifteen minutes. If you’ve heard The Song of Singing, you know where A.R.C. is headed: notes jumbled together in a giant blender where random shapes form amid still-frozen chunks of structure and melody.

The main ingredients here are inspiration, communication and reaction; maybe they should have called it I.R.C., since that’s probably closer to their original intent. The album literally picks up where SOS left off, with another version of “Nefertitti” (you’d think a religion started by a writer would encourage better spelling, but apparently not), this time actually using the original horn melody to start the piece (the SOS version took the improvised rhythm section of the original as its inspiration). “Ballad For Tillie” has hints of form; otherwise, it sounds like some misshapen musical monster dragging itself along the ground with insects trailing after it. It’s an image that comes to mind fairly often with this trio, as their music tends to evoke the fantastic and the grotesque. The first side of music closes with the stop-and-start title track, featuring a cool drum solo from Altschul and that perennial percussive wingman to the triangle, the samba whistle.

The second side begins with Holland’s lovely “Vedana,” the calm eye in A.R.C.’s musical tempest. Unfortunately, Vedana’s good will is squandered with the annoying “Thanatos”—improvised noisemongering that fades in and out and has likely occasioned more than one unsuspecting listener to troubleshoot their audio rack before discovering the ruse. The album ends (fittingly) with “Games,” more musical watersplashing from the talented trio.

You can stare at a Jackson Pollock painting and start to see things over time. You can achieve much the same effect staring at a stuccoed ceiling. I’m not saying that there isn’t art afoot in A.R.C. or The Song of Singing, but a roomful of Pollock paintings (or an albumful of improvisational jazz) begins to lose perspective after the initial shock has ended.