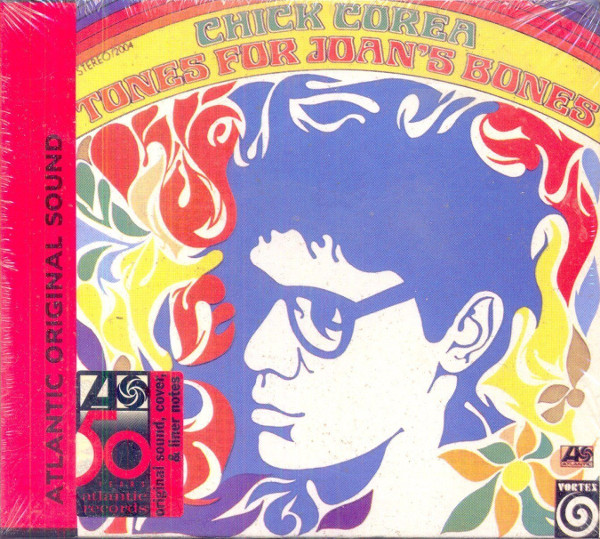 A smart set of post-bop originals recorded on the eve of Chick’s induction into Miles’ merry-go-round.

Kronomyth 1.0: DUKE SKELETON. I first heard this music on Inner Space, a compilation that was easier to find than the original elpee, and it blew my mind. I was already a fan of Chick’s fusion phase at the time, but hadn’t been exposed to the post bop and avant-garde recordings of his early years. Hearing “Litha” and “Straight Up And Down” for the first time added a new dimension to my appreciation of Chick Corea. The lineup aligns with the contemporary quintets of Miles Davis and Wayne Shorter: trumpet (Woody Shaw, Jr.), tenor sax (Joe Farrell), bass (Steve Swallow), drums (Joe Chambers) and piano (Corea). The opening “Litha” comes out swinging with Shaw and Farrell sharing the melody, then shifts gears for short runs before returning to the loping opening melody, while Chambers propels the piece with perfectly timed crashes and tumbles and Corea spars with the melody from a distance. “This Is New” features terse phrasing from Corea (shades of Miles) for most of the way, with a nice breakout solo from Farrell. Corea’s piano moves to the fore for the title track, a sentimental ballad with a lovely melody, featuring only a trio of piano, drums and bass. The closing “Straight Up And Down” comes spilling out in a rhythm that recalls Herbie Hancock at first, but quickly turns into a spirited chase with everyone joining in; hearing Swallow keep pace with Corea on this song is a hoot. As I said, having been exposed only to his later recordings, hearing Corea adopt a “less is more” aesthetic was a shock to me (albeit a pleasant one). Compositionally, Tones For Joan’s Bones is remarkably strong for a debut record, although Corea was in his mid 20s and already an established session player. Honestly, the elpee is worth hearing for the playing of Joe Chambers alone, but hearing Corea in a “normal” jazz setting is also worthwhile as it reveals just how unusual he was.