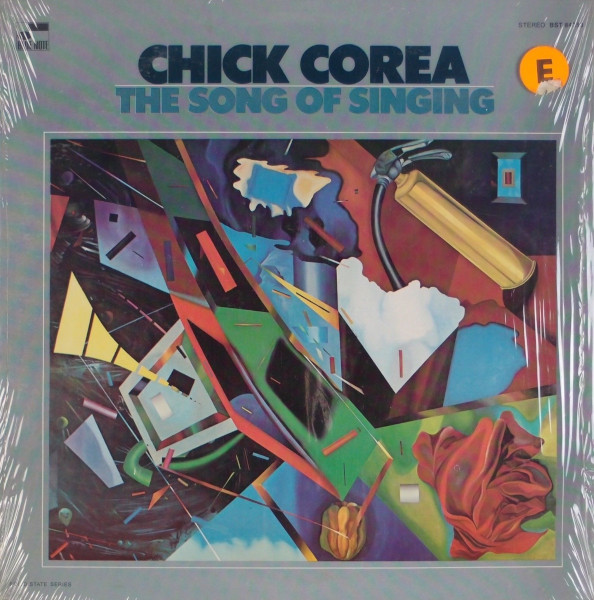 An album of free jazz that you couldn’t pay me to listen to twice.

Kronomyth 4.0: The sound of one hand punching itself in the head for buying this record.

The reason they call this free jazz is because no one in their right mind would pay to hear a bunch of notes randomly strung together, no matter how talented the people (e.g., Chick Corea) stringing them along. But, on the off chance you’re one of those people who believe this is actual music, you’re in for a double-treat: a free prose review of The Song of Singing…

Black gnats in a cloud of anthrax, tracking dust on rose-petal hearts, caught in the pitch of a wounded pine, shrieking in fear to the blind divine. Are they in pain or part of a game? Small and tentative shapes emerge on the verge of an encroaching and swallowing darkness, legs tails and teeth tumble and cavort, it is the midnight of mother nature’s mistakes.

The bustle and jostle of brainboxes creating a conflict of frequencies: is there a god, am I falling out of love, did I pay the cable bill this month, why is that person looking at me, can they read my thoughts? I am middle-aged roadkill on the highway of the mind, eviscerated, my mediocrity exposed, a sacrificial stench to the uncaring wheels of modernity.

And then something about a lonely typographer and Nefertiti’s boobies.