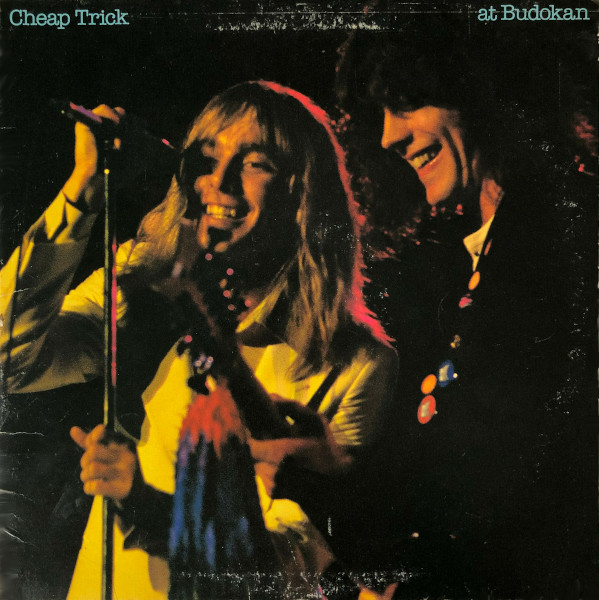 Originally released in Japan, this live record became a hot-selling import that re-introduced the U.S. to Cheap Trick.

Apparently, I like to contradict people, so let me contradict myself: I don’t particularly enjoy live albums, I don’t believe a single album does a concert justice and I find Japanese audiences as grating as agitated seagulls, so I naturally love At Budokan. To quote a very good band, I’m not the only boy. The band’s cross-oceanic tour in Japan created a tsunami of support that carried over to the U.S., where Epic was finally forced to give this album a domestic release. The rest, as they say, is history.

Prior to At Budokan, Cheap Trick was best known as a talented power pop band that hadn’t quite lived up to its potential. Somehow, the band’s appeal crystallized in concert, generating demand for the band’s back catalog (which went belatedly gold) and eventually pushing At Budokan to multiplatinum sales. A lot of what’s great about Cheap Trick is on here: lively versions of I Want You to Want Me and Surrender, classic cuts such as Big Eyes and Come On, Come On and a rockin’ rendition of Fats Domino’s Ain’t That a Shame. Personally, I thought their first three records were great too, but I was happy to have more people on the bandwagon.

Their first live album opens with a great version of Hello There that features one of the earliest drum solos in history from Bun E. Carlos. The album also introduces two previously unreleased originals, Look Out and a glorious nine-minute version of Need Your Love. Sure, I would have liked to hear live versions of “Downed,” “Auf Wiedersehen,” “Oh Caroline” or “He’s a Whore,” but you’ll find most of those on the expanded remaster. Of interest, the recordings here are actually from the show in Osaka and not Budokan.

Over the years, much has been made of At Budokan, perhaps too much. I don’t believe it to be their best (or second-best) album, and I honestly prefer the studio versions in most cases (including, yes, “I Want You to Want Me”). As for the album’s influence on later generations, it’s not like no one was listening to Aerosmith or ELO or Kiss. Still, it’s a great-sounding record that proves the English weren’t the only culture that had better musical taste than us.