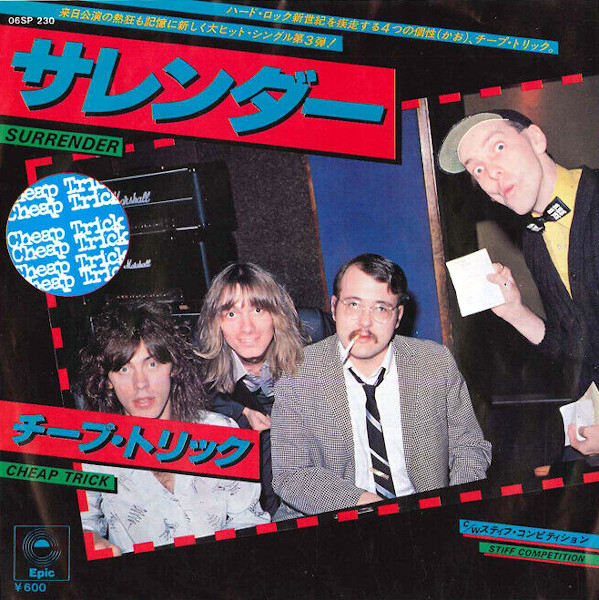 This is the Eddie Haskell of Cheap Trick singles.

As radio listeners surrendered to the charms of Cheap Trick and their new album, Heaven Tonight, that moment was crystallized in the single, Surrender. Once again, it was a calculated move to promote a cuddly pop image of a band that wrote some very dark songs. You just had to flip over the single and hear Auf Wiedersehen to meet the real Cheap Trick.

For most of the world, the band’s first three albums can be summed up in two songs: “I Want You to Want Me” and “Surrender.” Subliminal messaging? No doubt. Rick Nielsen, like The Cars’ Ric Ocasek, knew exactly how the hit-making machinery worked after years in the business. Both bands also seemed to hit a creative wall after four albums, only to be surgically reconstructed as the megahit monsters they once caricatured. But that’s a story for a different day.

Of minor interest, the single version of “Surrender” edits about thirty seconds from the middle, which makes the key change that follows even more noticeable. The Japanese single featured the original elpee version of “Surrender” and a different album track on the B side, Stiff Competition. Maybe the references to hari kari and kamikaze on “Auf Wiedersehen” were deemed off color.