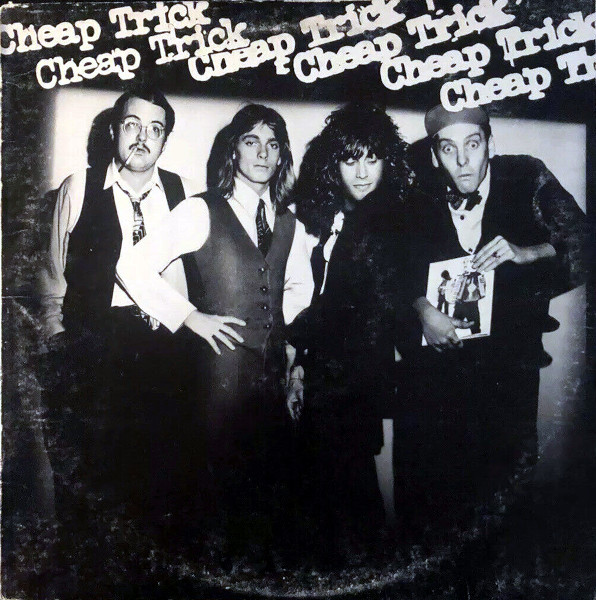 The band’s debut is a power pop classic that sounds like a cross between The Beatles and Kiss.

Kronomyth 1.0: I’m a whore. Look at the things that I write.

If you could put Rick Nielsen’s brain in Robin Zander’s body, wouldn’t you? And so Cheap Trick is like a wonderful Frankenstein’s Monster, lumbering along menacingly on a song like “Cry, Cry” one moment, only to spring like a cheetah the next for something as sleek as “He’s A Whore.”

Cheap Trick straddled the worlds of pop and heavy metal, becoming one of the early and most cogent essayers of the sub-genre known as power pop. Where most power pop bands were cute, these guys were equally scary. Let’s face it: there’s nothing cute about suicide (“Oh, Candy”), old men who like young girls (“Daddy Should Have Stayed In High School”) or the complete loss of control that occurs on “The Ballad of T.V. Violence.”

The opening salvo, “Hot Love,” is fair warning that the band intends to gild their dark messenger with veins of pure pop gold; when Nielsen’s guitar and Zander’s voice come together toward the end for a playful exchange, you can’t help but get hooked by the whole idea. As for the rhythm section, it’s solid as a rock, with Bun E. Carlos emulating the steady beats and solid fills of Ringo Starr, while Tom Petersson thunders along on the lower rung.

The obvious antecedent is The Beatles (who get a reference in “Taxman, Mr. Thief”) crossed with Kiss. You could also point to Aerosmith I suppose, since the two shared a producer (Jack Douglas) and there’s some of the same remarkably contained pop metal magic at work in both bands. But while Aerosmith was playing to the long-haired rock ‘n rollers, there was a subversive intent to Cheap Trick that aligned them with the new wave movement. Nielsen wasn’t building on rock’s legacy so much as subverting its most treasured icon (The Beatles) for sinister purposes.

While it’s not as immediately catchy as their next few records, the band’s first is still a winner from beginning to end. The segues between tracks (e.g., “ELO Kiddies” merging into “Daddy Should Have Stayed In High School,” “Cry, Cry” before “Oh, Candy”) also elevate the album into more of a social statement than later efforts. High octane power pop that’ll definitely get your motor revving.