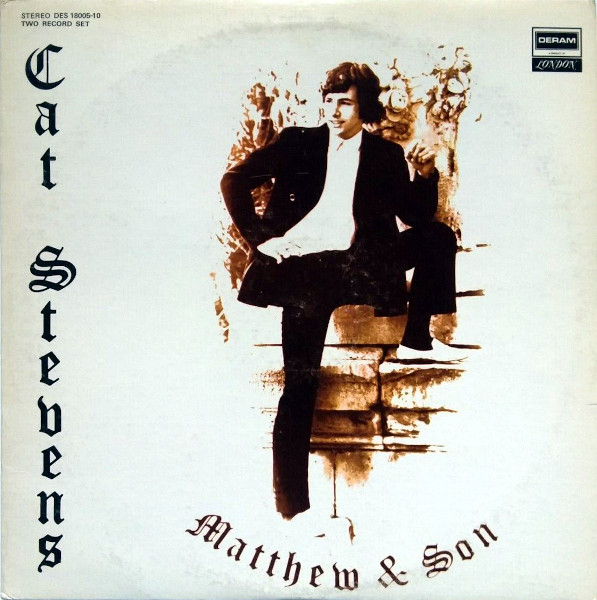 Before David Bowie dug his own grave and Genesis went in hiding, there was Cat Stevens and Matthew and Son. Cat’s first album is a showcase for the young songwriter, featuring several tracks that were already hits (including Here Comes My Baby for The Tremeloes). With modish pop arrangements from Alan Tew and producer Mike Hurst, Matthew and Son is a product of the times, yes, but more importantly it’s the product of a fertile imagination that combines clever melodies with sympathetic storytelling.

The album’s first three tracks would have been instantly recognizable to UK audiences as each had been a hit single: I Love My Dog, Matthew and Son and, released by The Tremeloes in January 1967, “Here Comes My Baby.” It was no Please Please Me, but it must have been a pleasant turn of events for the young artist. In time, Stevens’ subsequent albums would overshadow his early catalog. You weren’t likely to hear “I Love My Dog” or “Matthew and Son” on the radio in the 1970s. Much of that has to do with the musical arrangements from Alan Tew and Mike Hurst, which are steeped in the pop sound of the 1960s.

Those looking for signs of his later work will find it here on songs like Tramp (which sounds like an early draft for “Aqualung”), Baby, Get Your Head Screwed On and Portobello Road. The latter is actually a collaboration with the fearsome Kim Fowley, who wrote the lyrics and suggested Stevens write music for them. (Fowley turns up like a bad penny throughout pop’s history.) The other reference point for some of this music is Harry Nilsson, who would arrive on the music scene soon after. I See a Road and Granny feel like lost Nilsson songs.

Matthew and Son hasn’t aged as well as Tea for the Tillerman or Teaser and the Firecat. In fact, it hasn’t aged much better than contemporary Decca/Deram albums such as David Bowie and From Genesis to Revelation. The label execs clearly had a formula in place for young artists that included pairing them with a more experienced arranger, and the formula grew stale fast. Still, Stevens’ talent shines through the strings and horns and session players (which included future Led Zeppelin member John Paul Jones) and fans will enjoy digging through these fourteen tracks for lost treasure. Note that the subsequent U.S. release featured a slightly different track selection including Cat’s latest hit, I’m Gonna Get a Gun.

All songs written by Cat Stevens unless noted.