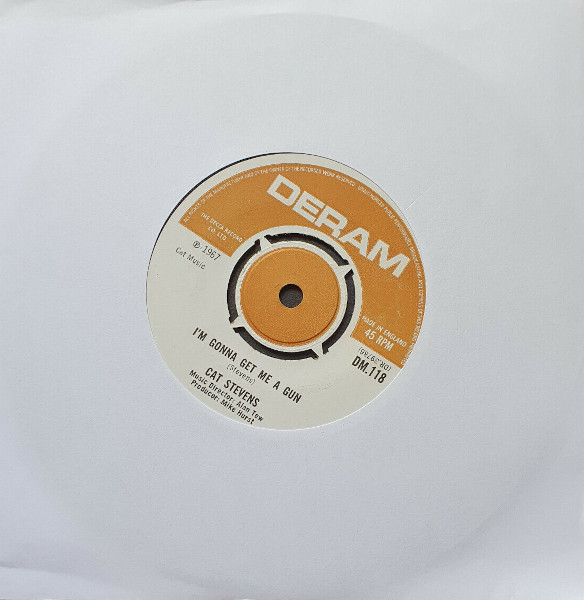 Cat’s third single went to number 6 with a bullet, but penny lane it ain’t.

Cat Stevens was the very model of a modish pop star, scoring his third UK top 10 single with I’m Gonna Get Me a Gun. It’s in line with the material from Matthew and Son (both tracks were later added to the US release of the album), featuring heavy-handed orchestration from Alan Tew. None of Cat’s early material has aged particularly well, in my opinion. It was a product of the times, with the emphasis on product, and you can’t help but pity the young man as the music machinery gears grind his soul into glitter.

The B side, School Is Out, is the better track and was even presented as the A side in Sweden. You get a glimpse of the real songwriter in the opening moments of acoustic guitar and vocals before Tew and his musical crew come rushing in. Honestly, I never understood the appeal of Cat’s early songs, as this seems miles removed from The Beatles, who had just released “Penny Lane/Strawberry Fields Forever.”