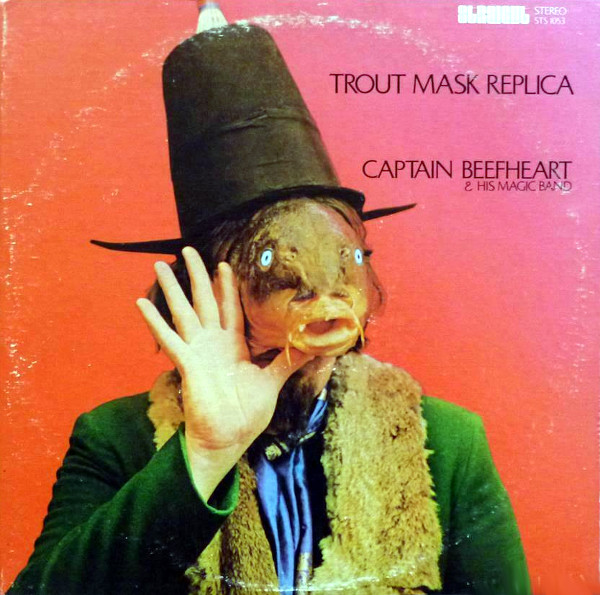 Kronomyth 3.0: Ignorance is the mother of invention.

In idle moments of reverie, I muse upon the efficacy of rounding up all the people who wear their baseball caps backwards, rest sunglasses on top of their head or back into parking spaces and shuttering them in an Arctic archipelago that I plan to re-name Douchebag Island. On other, less vexing days, I listen to Trout Mask Replica and leave the rest of the world to their little Frownland unmolested.

Now, at this precise moment in time, the subject is being hotly debated in some squalid, off-campus apartment as to whether or not Trout Mask Replica is a work of intentional or accidental genius. But the discussion of how Captain Beefheart could single-handedly make an album like this misses the larger point: that he was almost certainly ignorant of the fact that he couldn’t make an album like this. From the first man on the moon to the first electric sportscar, man’s greatest achievements have been spurred on by people who plainly didn’t understand the impossibility of what they were asking because of technical ignorance. Beefheart asked the impossible of his Magic Band—and was rewarded with one of the greatest, strangest works of art in the twentieth century.

Trout Mask Replica doesn’t sound like anything you’ve heard before, not even the previous two Beefheart albums. It sounds like an electric rock band tumbling down an endless hill and keeping 11/9 time while a mad prophet runs alongside them screaming poetry. There is nothing, not even punching yourself repeatedly in the face, that will prepare you for the opening quartet of Frownland, The Dust Blows Forward ‘N The Dust Blows Back, Dachau Blues and Ella Guru. (Not that I’m suggesting you don’t punch yourself in the face, especially if you’re worried that it will knock the sunglasses off the top of your head.) Each of those songs is brilliant for different reasons: “Frownland” as the introduction to Trout Mask Replica’s spasmodic, fish-out-of-water arrangements; “The Dust Blows Forward” for Beefheart’s bizarre nature poetry; “Dachau Blues” for its fearless shock factor; and “Ella Guru” for its insanely funky underpinnings.

I will not lie to you: You probably won’t make it past Neon Meate Dream of a Octafish or, maybe, Hair Pie: Bake 2. You’ll need to come up for air while listening to Trout Mask Replica. And it raises an interesting question: Can a double album that most people can barely get halfway through really be one of the greatest rock & roll records of all time? There’s some wonderful music on the other side of that mountain: When Big Joan Sets Up, Sugar ‘N Spikes, The Blimp, She’s Too Much For My Mirror, Steal Softly Thru Snow. It’s a taxing effort to listen to it all, just as it required a colossal effort to play it all. Beefheart really lucked into Frank Zappa as a producer, since it’s hard to imagine anyone but a weirdo workaholic like Frank taking pains to produce an album like this.

The Magic Band also deserves a ton of credit for fleshing out Beefheart’s vision. The names have been changed, but no one is innocent. Not The Mascara Snake and his mad clarinet playing. Not Drumbo and his tumbling, irregular rhythms. Not the tireless, battling guitars of Zoot Horn Rollo (credited with “glass finger guitar”) and Antennae Jimmy Semens (steel-appendage guitar). Not even Rockette Morton, whose bass is the closest thing on here to a musical straight man; an Abbott in a sea of Costellos.

Trout Mask Replica is an amazing, exhausting ride. You definitely owe it to yourself to experience it all once. Twice? Consider yourself a connoisseur of the avant-garde. Thrice? A closet masochist.

All songs written by Captain Beefheart.

[Review] Captain Beefheart and His Magic Band: Safe As Milk (1967)