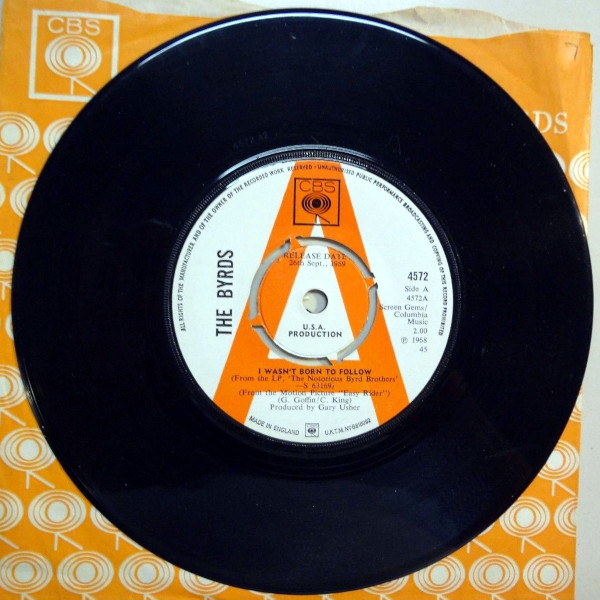 The Byrds apply their patented Dylan gilding to a Goffin/King song that goes down easy.

In the late Sixties, The Byrds were tapped to provide songs for two very notorious films, Easy Rider and Candy. “Wasn’t Born To Follow” (which acquired an “I” overseas) is a Goffin/King cover gilded in The Byrds’ psychedelic country style that first appeared on The Notorious Byrd Brothers before making a cameo in Easy Rider. The original version as sung by Carole King is stuffy; The Byrds do a great job of rendering Gerry Goffin’s poem as more of an innocent observation about nature and freedom. In the US, the song appeared as the B side to “Ballad of Easy Rider” and was briefly tested as an A side using the same release number.

In the UK, “I Wasn’t Born To Follow” was paired with the band’s contribution to Candy, “Child of the Universe.” Cowritten with Dave Grusin, who scored most of the soundtrack, it features McGuinn’s typically twangy mysticism augmented with some neat effects from producer Bob Johnston that make the drums sound like a cannon bring fired. Surprisingly, “Child of the Universe” never saw a formal single release outside of Italy. The fact that Columbia chose to release the non-album “Lay Lady Lay” as a single right after the release of Dr. Byrds & Mr. Hyde probably had something to do with that.