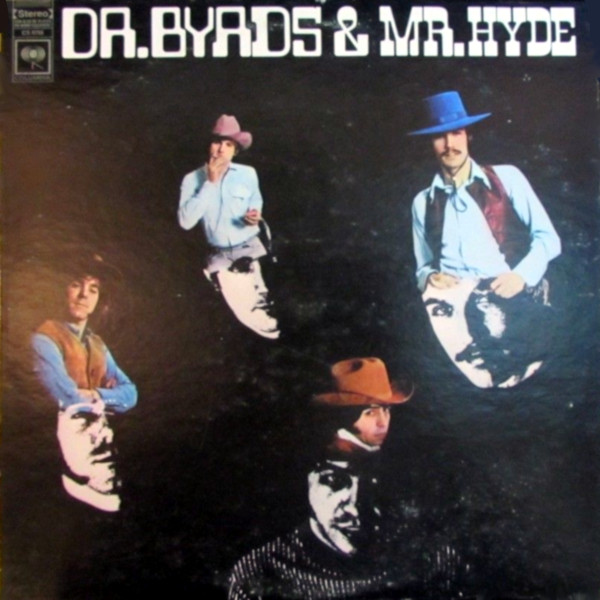 After Gram and Chris rode off into the sunset, Roger re-grouped, literally, with a new band that straddled country and rock.

The Byrds drew a line in the sand with the revolution country rock of Sweetheart of the Rodeo, then backed off it by hedging their bets with half an album each of country rock and psychedelic rock on Dr. Byrds & Mr. Hyde. As the title implies, The Byrds were in the midst of an identity crisis; Gram Parsons and Chris Hillman had left to form The Flying Burrito Brothers, and Roger McGuinn was the last Byrd standing. Now the lone lawman, McGuinn deputized Clarence White and drummer Gene Parsons (once again, no relation) from The Reasons/Nashville West and added John York (a Gene Clark alumnus) to square off the new quartet.

This retooled version of The Byrds was very tight musically, with McGuinn and White playing off each other in a way that McGuinn and Crosby never could. In order to smooth over the transition to a new group, McGuinn decided to handle all the lead vocals. That familiar voice and another set of bookends from Bob Dylan (including a great cover of The Band’s “This Wheel’s On Fire”) aren’t the only audible touchpoints to the band’s past, but they do help create a clear connection between this record and the albums before it—and, you could argue, change was one of the few constants in The Byrds anyway.

Despite the temptation to view this as The Byrds’ bastard child, Dr. Byrds & Mr. Hyde delivers what listeners could have reasonably expected at this stage: tasteful country-rock compositions with sweet pedal-styled steel (achieved through a string-bending device that White and Parsons actually invented) and psychedelic rock songs streaked with country. McGuinn is the only link to psychedelic rock at this stage, although the rest of the band adapts well enough on “King Apathy III,” “Bad Night At The Whiskey,” “Child of the Universe” and “Candy” (the last two appearing in and inspired by the film, respectively). On the country side, “Drug Store Truck Drivin’ Man” (a song co-written with Gram Parsons), “Your Gentle Way of Lovin’ Me” and the instrumental “Nashville West” are nicely done. The record closes with a medley that points forward to the band’s well-received live performances. Nothing on this record would be considered quintessential Byrds, but Rodeo wasn’t the end of the show either, and fans will want to stick around for this encore.